Supporters Defend Olbermann’s Fundraising Based On Other Companies’ Policies 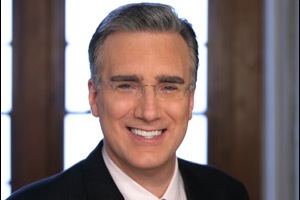 It didn’t take very long after the earth-shattering news that MSNBC staple Keith Olbermann was indefinitely suspended from MSNBC for the media to get to work sniffing out similar behavior on elsewhere. The laundry list of people on cable news who donate to political campaigns is headlined by Fox News staples like Sean Hannity, but most of these analogs don’t work, as these aren’t journalists, nor did they ever adopt that title.

The consensus among those searching for the Olbermann equivalent on the right seems to have centered around Hannity as a TV show host and campaigner– he certainly received the most vicious attack from Rachel Maddow last night for his donation to Minnesota Rep. Michele Bachmann, though he has also been one of the most vocal in supporting candidates on his program. Media Matters also wrote a lengthy examination of Fox News political “mischief,” with the Hannity case composing most of their critique, though previously purely political entities like Sarah Palin and Mike Huckabee are also explored.

Then there are the attacks that go after corporations for donating money (which the Supreme Court has ruled pretty clearly on): MSNBC’s parent company GE, News Corp., et al, and those that are more focused on finding hypocrisy within NBC itself– highlighting campaign donations by CNBC personalities and even other MSNBC personalities like Joe Scarborough. They all, on one fundamental point or another, fall flat.

The attacks on GE, CNBC, and Scarborough, were debunked, ironically, by Maddow last night– corporations are allowed to donate money to campaigns, CNBC does not share the same political donation policy as MSNBC, and Scarborough, who Maddow mentioned though neglected to name, invoked an exception to the rule in which hosts may ask for permission to donate and do so after that permission is granted. Olbermann did not attempt to invoke that exception and, it appears, had no plans to tell his immediate superiors about it.

Then there are the Fox News attacks. Fox News programming head Bill Shine already addressed the Hannity issue to Minnesota’s St. Paul Pioneer Press, where he said Hannity would disclose his donations when he made them but that “it’s always good to remember that he’s not a journalist, he’s a conservative TV host. If he wants to donate to a candidate, he certainly can.” This applies to other Fox News hosts Olbermann supporters are trying to target for similar things. They argues these points based on subjective ideals of ethics that lead them to believe Olbermann has committed no sin large enough to lose his show but all the Fox News personalities who behaved similarly do (although, thanks to policy, could do so openly). This ignores the black-letter policy at MSNBC, a private organization entitled to subject their employees to whatever policy they choose within the realm of the law. The rules exist and other hosts, like Scarborough, have followed them. Olbermann didn’t, and the fact that the rule does not exist on another channel is immaterial to his decision to break the rules that apply to him.