Tamron Hall Reveals She Gets Followed In Department Stores, Other Black Journalists Open Up About Prejudice
video

Tamron Hall Reveals She Gets Followed In Department Stores, Other Black Journalists Open Up About Prejudice 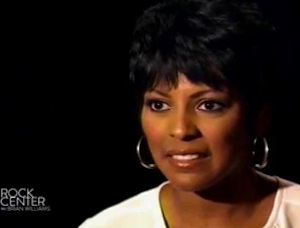 During last night’s Rock Center, multiple African American journalists opened up about how the Trayvon Martin story has conjured up memories of their own experiences with prejudice. MSNBC host Tamron Hall, for instance, revealed she has been racially profiled while shopping. “I am followed in department stores,” Hall said. “I have walked in dressed professionally or dressed in jeans and I have walked into stores and, instantly, security is on my back.”

Hall also recalled her father telling her brother how to handle getting pulled over by traffic police: to keep his hands on the steering wheel, look forward, answer “yes, sir” or “no, sir,” and avoid any sudden movements. “Because we don’t want that officer to believe there’s a black man in that car who’s making a sudden move and we’ve gotta take action.”

“At some point, I even felt… how else am I supposed to feel? I feel hurt,” Hall divulged.

Cultural critic Touré observed there were times when he has witnessed people being nervous solely for being around a black person. “I see moments when people are clearly clutching, cringing. ‘I’m near a black person who I don’t know,’ Even if I’m in a suit, this sort of automatic clutch of the purse or what have you. You know, just a little cringe,” Touré explained. “But we know that just wearing a suit does not change anything. You know, they’re not really looking at the suit. They’re not really looking at the hoodie. They’re looking at the skin.”

Ron Allen added that, while he is fortunate to work in an accepting environment, he acknowledged that at times he has a fear of prejudice at the back of his mind. “I sometimes find it a burden,” Allen said. “I sometimes find it tiring to have to deal with these issues. you know, I sometimes wonder what would it be like if i didn’t have to worry about racism and race and you could just live your life as a normal person.”

Lester Holt recalled feeling threatened by police as an African American. “Why was it when I would be driving late at night through a posh neighborhood and I would see police behind me, my palms would get sweaty and I’d get that feeling in the pit of my stomach because I formed a perception?” Holt asked. “I formed a perception that they were a threat because I was African American.”

Watch the revealing segment below, via NBC News: