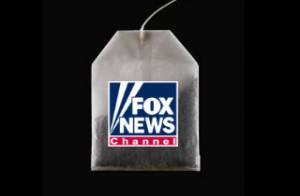 Every once in awhile, a headline emerges that is so absurd, some wag invariably observes that “This sounds like an Onion headline,” but this Daily Beast report on Tea Partiers who are boycotting Fox News really does sound like an Onion headline. The Beast‘s David Freedlander has dug up a group of Tea Party conservatives so deluded, so in the thrall of the wish that the tragedy in Benghazi might yet bear juicy political fruit, that they’re boycotting the one cable news network that gave the incident the treatment they craved. Allow me to forcefully defend my Fox News colleagues.

A quick perusal of Mediaite‘s Benghazi-related posts clearly demonstrates that Fox News badly outpaces the competition in chatter about Benghazi, but that’s not the point these boycotters are trying to make:

By way of explanation, the website reports: “People ask why not all mainstream media? Why just Boycott FOX? The answer, again, is that FOX needs the Tea Party/conservatives more than the conservatives need FOX after FOX turned left, basically selling out the people who made FOX successful in an attempt to earn an extra buck. FOX is extremely vulnerable to these boycotts while the rest of the MSM doesn’t need us at all, to speak of.”

So, Fox’s greatest crime appears to have been indulging these people in the first place. There’s a lesson in that.

But indulge them, they did, and they did it when it still could have made a difference. Just two weeks before the 2012 election, Fox News’ Bret Baier ran a veritable propaganda film in the form of a one-hour Special Report special report, and since then, they haven’t exactly been silent. According to TV Eyes, Fox News has mentioned Benghazi 1,886 times in the past three months, or an average of about 21 times a day. That’s compared to 721 mentions on MSNBC (along with 718 instances of “Schmengazi”), and only 687 for CNN. Fox has slowed down a little bit, with only 314 mentions in the past 30 days, but that’s still 10 a day. Not enough, say the Tea Party boycotters:

Among the demands the protesters have is that Fox News “be the right-wing CBS News: to break stories, to break information, and to do what news organizations have always done with such stories: break politicians,” that the network have at least one segment on Benghazi every night on two of its prime-time shows; that Fox similarly devote investigative resources to discovering the truth of Obama’s birth certificate; and that the network cease striving to be “fair and balanced.”

Freedlander notes that this is the second such boycott, and that despite the Tea Partiers’ self-regard, the boycotts didn’t really put a dent into Fox’s viewership.

Still, Freedlander’s piece is a hilarious, feel-good romp that doesn’t just resemble an Onion satire in the headline. I defy anyone to detect that this is supposed to be serious:

Going without the conservative movement’s house organ, however, has proven to be no easy task for true believers.

“I am having withdrawal. I do like Fox News,” said Kevin Avard, a former state lawmaker in New Hampshire who is participating in the boycott. “I have been going to CNN, and to Headline News just to get some kind of fix. I usually probably only watch them once or twice a year.”

Hjerlied said that “If I want news, I go to Breitbart News and Drudge and I can find all the news I need, very quickly,” and after the first boycott, says he may have “kicked the habit” for good.

“I used to have it on all day long, and I probably watched maybe six hours last week,” he said. “The more I looked at it, I have come to the conclusion that Fox is not as fair and balanced as I thought. They shade the truth also.”

All spit-taking laughter aside, the key phrase in that Swift-worthy passage is “I can find all the news I need.”

The encroachment of reality on the right-wing worldview is inevitable, so much so that it has even stepped on the usually reliable package that Benghazi junkies were getting from Fox News. The fact is, they were able to parlay the Benghazi “scandal” into the sinking of President Obama‘s first choice for Secretary of State.

The next bit of news I hope to hear about Benghazi is that they’ve caught the murderers who did it. They seem to be the only people conservatives have no interest in “taking down.”