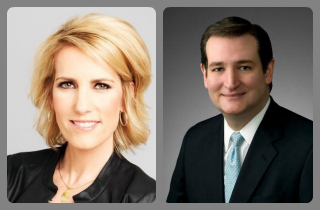 Some, including Senator John McCain (R-AZ), have criticized the threat of a filibuster. To that, Cruz responded:

[T]he criticism has been silly…. We are having a debate and we’re going to have a vote. We are going to have a vote on cloture tomorrow and we are debating it. The only question is ‘What should the vote threshold be for legislation that would violate potentially the Bill of Rights?’ I think it should be a minimum of 60 votes.

Ingraham and Cruz then discussed President Obama’s references to the Newtown or Aurora tragedies when discussing gun control, with Cruz noting:

I think the President has shown that he is willing to demagogue an issue. And I think it is ultimately going to backfire politically. In fact, in my view, as a result of their onslaught on the 2nd Amendment right to keep and bear arms, I think there’s going to be a very significant political consequence in 2014…. I think the stage is set for Republicans to take control of the United States Senate because of this fight right now.

Cruz argued that the Obama Administration should instead focus on prosecuting felons who attempt to illegally purchase guns, noting:

In 2010, there were over 15,000 felons and fugitives who tried to illegally purchase guns. Of those 15,000, the Obama Justice Department prosecuted only 44…. I think that’s completely unacceptable…. Instead of doing that, they’re trying to pass laws that would take away the Constitutional rights of law-abiding citizens.

[all emphasis in bold added]