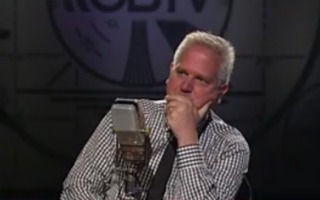 Rocker Ted Nugent, who is the subject of a Secret Service investigation into controversial comments he made about President Barack Obama and Congressional Democrats, appeared on Glenn Beck’s radio program on Wednesday where he denied that he had ever threatened anyone.

“The bottom line is I’ve never threatened anybody’s life in my life. I don’t threaten, I don’t waste breath threatening,” said Nugent. “I just conduct myself as a dedicated ‘We the people’ activist because I’ve saluted too many flag draped coffins to not appreciate where the freedom comes from.”

Beck and Nugent spent much of the segment, however, discussing how Democratic National Committee Chairwoman Rep. Debbie Wasserman Schultz (D-FL) was an “America-hating” “maniac.”

Nugent was asked to explain the comments that he made at a National Rifle Association convention where he said that he believed voters should “chop [Democrats] heads off in November.”

“Well, that’s the season of harvest,” Nugent said wryly. “Every reference I made, whether it’s ‘a shot across the bow’ or ‘targeting the enemy,’ it always ended the sentence with ‘in November.’”

When asked about the Secret Service investigation, Nugent said that he will be meeting with agents on Thursday and he planned to cooperate and would be as “polite and supportive as I possibly can be, which will be thoroughly.”

Listen to the segment below via Glenn Beck’s radio program: