The Canadian Foreskin Awareness Project Is Not Happy With Oprah…
VIDEO

The Canadian Foreskin Awareness Project Is Not Happy With Oprah… 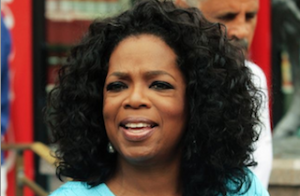 An anti-circumcision group based in Toronto is planning to protest a series of appearances by Oprah Winfrey in Canada this week over the TV mogul’s endorsement of an anti-aging cream that uses cells reproduced from human foreskin. The activists, who call themselves the Canadian Foreskin Awareness Project, have organized against Winfrey in the past over her support of the product TNS Recovery Complex made by the company SkinMedica.

“How would Oprah respond if a skin cream for men hit the market that was made using cells from the genitalia of little girls? I think she would be absolutely disgusted and appalled, and rightly so. So it’s crazy that she’s doing the opposite,” the group’s founder Glen Callender told the Toronto Star. “We think it’s extremely hypocritical and distasteful that Oprah Winfrey — who is herself a survivor of childhood sexual abuse and an outspoken opponent of female genital mutilation — at the same time uses and promotes a product that wouldn’t exist if not for the forcible genital mutilation of boys.”

SkinMedica’s founder Dr. Richard Fitzpatrick assured The Star that the cells used in the cream are derived from a single foreskin obtained more than 20 years ago. “Initially, there was a misunderstanding and people thought we were actually grinding up the foreskin, “Fitzpatrick said. “So, there was a lot of snickering and laughing about people putting this foreskin product on their face.”

The Huffington Post’s Jack Mirkinson noted that Winfrey “has not commented on this publicly,” but said he wouldn’t be surprised if she addresses in some way, either during her tour or on Twitter.