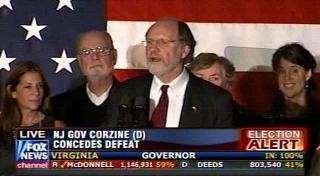 Okay, so we’ll admit it – this year’s election was not nearly as exciting or meaningful as we (three-hour live blog?!) and the rest of the media made it out to be.

Unlike last year’s election cycle which saw the three cable news networks air, by and large, similar coverage, this year was a curious mix of election and other news. Here’s the breakdown:

The images in this post are all screenshots from 10:57pmET – it illustrates just how different the networks covered the election results at different times. 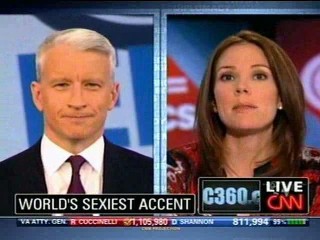 8pmET: CNN has Campbell Brown anchoring from New York, and Wolf Blitzer from D.C. The show looks very similar to a regular election night from 2008, with the full BPTOT (“best political team on television”) out in the studio. On Fox News, Bill O’Reilly hosts The O’Reilly Factor, but it includes reports from correspondents in the field about the elections periodically throughout the show, as well as analysis of the races and results. There are other, non-election segments as well.

The same holds true on MSNBC, where Keith Olbermann anchored Countdown as usual. The last 20 minutes or so of the show had very little to do with elections – there were “Worst Persons” and a segment about the World Series. MSNBC GOP analyst Mike Murphy tweeted his thoughts: “MSNBC even more unwatchable than usual tonight. Mistake to ever let Olbermann host election night. The mega-crazy gets in the way.” 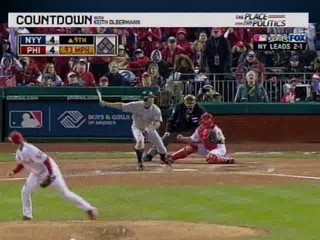 9pmET: Larry King is anchoring on CNN. It’s about the election mainly, but at this point, there isn’t much going on. He has Jesse Ventura, Ben Stein and others on to talk about politics in general. John King and others make periodic appearances at the Magic Wall and elsewhere. Fox News has Sean Hannity doing his regular hour. Doug Hoffman of NY-23 stops by for a quick interview, but this one has less of an election focus than O’Reilly’s previous hour. MSNBC has Rachel Maddow hosting her regular show, with periodic segments about the election and results.

10pmET: This is where things get very different. As races, like the New Jersey governor race, begin to get called, CNN has Anderson Cooper anchoring. The show is election-focused for the majority of the hour, but by the end of the show it looks like a regular 360 program – complete with a lighter segment with Erica Hill. Fox News has turned up the politics/election coverage, with Greta Van Susteren, Bret Baier and Shepard Smith leading coverage of a news hour. On MSNBC the program began with Olbermann tossing to Lawrence O’Donnell, who seemed to share anchoring duties with Chris Matthews. At first. Around 10:15pmET, there was a commercial break, and the repeat 8pmET Countdown kicked in. It aired the rest of the hour. We hear Olbermann was visiting his dad in the hospital, which accounted for his absence. But that doesn’t answer why O’Donnell or Matthews didn’t fill in during the prime results hour. In the MSNBC release Monday, it was listed as a live edition of Countdown.

11pmET and beyond: CNN had another live hour of Cooper, followed by a live Larry King Live. Politics and the election was the main topic. Fox News had the the news team continue anchoring coverage into the MidnightET hour. MSNBC had Maddow live at 11 and Matthews at midnight. The majority of Maddow’s show was live, with the exclusion of a couple interview segments that were repeated from the 9pmET hour. Matthews was live for the entire hour. Despite being live for most of the 11pmET hour, during the New Jersey concession and acceptance speech, just Fox News stayed with them for all, if not most, of the time.

Overall, CNN seemed to have the most election coverage until 10pmET, and Fox News had the most beyond 10pmET. We’ll see how the ratings play out…