The Daily Show Will Be Just Fine Without Stewart; Here Are Your Three Best Replacements 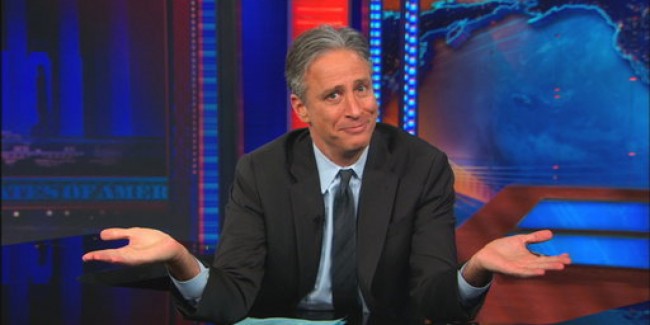 Seemingly everyone is on mourning over Jon Stewart‘s sudden announcement to leave The Daily Show in the not-so-distant future. Even former President Bill Clinton tweeted the following:

Jon Stewart's departure raises 2 Qs: 1) Where will I get my news each night? 2) Does this mean he's doing a sequel to Death to Smoochy?

So will the show morph into a shell of itself like Happy Days after Richie Cunningham left? Or 90210 after Brenda left and never returned to Beverly Hills? Two and a Half Men post-Sheen? American Idol without Simon? All in the Family A.E. (After Edith?). Just trying to cover all of my generations here…

Can The Daily Show survive without Jon Stewart? Of course it can. We have irrefutable proof from the not-so-distant-past as a prime example in the form of John Oliver. If you recall, Mr. Stewart left the show to try his hand at directing his first film (Rosewater). So throughout the summer of 2013, Mr. Oliver more than held his own coming out of the bullpen for Stewart… a stint so impressive that HBO quickly offered him his own primetime, Sunday night weekly program (the equally-critically acclaimed Last Week Tonight, which has become a must-watch thanks to its compelling and hilarious deep-dives into important topics actual news networks don’t have the time or patience to explore).

In other words, if The Daily Show can find the right host–and we’ll explore three candidates who wouldn’t miss a beat if chosen in a moment–the program will show once again prove it is more about its winning formula, the tone, and most importantly, the writing… than it is about the host.

That’s not to say Stewart isn’t a generational talent, of course. You don’t sit in that chair for 16 years and earn $30 million annually for being expendable and average. But at the end–and I noticed it last year–the 52-year-old appeared to be burning out with an eye on another challenge. Note: that’s not a criticism, as many of us can relate to do the same job every day and the need to explore achieving other goals.

So who should take over for Jon when he leaves later this year? Here are your top three choices:

1) Rachel Maddow: Of course, conservatives who read this column will immediately dismiss this choice, but hear me out. Ms. Maddow likely sees the writing on the wall at NBC/MSNBC. The place is in shambles. MSNBC is experiencing its lowest ratings in a decade (55,000 in the demo for a full-day average just last week). Forget competing with Fox, which was the grand plan going into 2013 when the network was riding high post re-election of President Obama… MSNBC isn’t even within sniffing distance of CNN these days, finishing third and sometimes fourth (behind HLN). Rachel’s show–which used to be the flagship program on the network both in terms of acclaim and ratings–has lost approximately 50 percent of its audience compared to last year. Think about that…half of your viewers: poof.

Without a change in leadership and true investment in talent (hastily signing a twentysomething without experience only because of his name isn’t what one would call “investment” for example), MSNBC will continue to drift into oblivion, along with Maddow herself. Putting ideology aside, few doubt her ability to deliver on-camera. And Comedy Central isn’t about to hire anyone who is remotely considered conservative.

Would she leave MSNBC? The money certainly won’t be the issue if Stewart’s salary is any indication (even if she got 25 percent of that $30M, it would still be a raise for the $7M/year Maddow). She certainly would reach more viewers while increasing her influence. If Comedy Central makes the offer, she shouldn’t hesitate.

2) Chris Rock: Soon-to-be-divorced and not exactly killing it at the box office recently, the comedian is certainly available (and affordable). Ever see Rock in concert? He’s almost on par with Eddie in his prime. Nobody delivers the big punchline better, and given Comedy Central’s affinity for beeped f-bombs, Rock would fit right in. He’s also jumped into political waters before, so it’s not like the concept of satire in this regard is a foreign concept. If Comedy Central extended an offer, he would jump at the chance as well.

3) Craig Ferguson: The safest (and most expensive) of the three choices. Extremely underrated while in late night. No worries on the Scottish accent…the Daily Show had the aforementioned Brit in there for an entire summer and nobody said a peep. Ferguson is also impossibly talented: he was once in a rock band, has voiced animated movies (How to Train Your Dragon), starred in sitcoms (The Drew Carey Show), and wrote one of the better books you’ll read, American on Purpose, which is a memoir on his life and career since coming to America up until becoming a U.S. citizen in 2008. He’s also likable and someone you can root for (he’s a recovering alcoholic). And being out of the spotlight for awhile (retiring last year from The Late Late Show), he’s hungry.

Oh, and to all those who say the show needs a younger host, it’s funny how age wasn’t brought up when Stephen Colbert (age 50) was picked to replace David Letterman. For those keeping score at home: Ferguson is 52, Rock is 50. Young hosts don’t automatically attract young audiences. Talent is talent.

In the end, The Daily Show will be just fine. Jon Stewart will go down as the Walter Cronkite of fake news and a cultural icon. His replacement inherits a finely-tuned machine with great writing and a winning formula that few shows can pass from one host to another. Whomever gets the job is a very lucky guy or gal…