The Five Asks If President Obama Has An ‘Enemies List’ 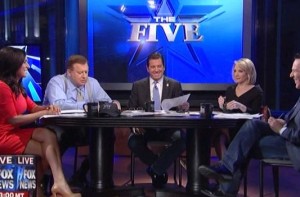 Does President Obama have an “enemies list”? That’s the provocative allegation put forth by Ted Olson in the Wall Street Journal. Olson is a former member of the Bush Administration as well as representative of the Koch Brothers who just so happen to be the only real people Olson thinks is on this supposed list. So, does the list exist? That’s what The Five asked in the top segment today. What was the answer? Well, since the Koch Brothers were mentioned, I’m going to take a wild guess that the conversation will be instantly derailed and we’ll never get an answer. Lets see what happens.

At the five and a half minute point, Greg Gutfeld finally pointed out that, no, Obama probably doesn’t have an enemies list.