The Five Leads Time Slot Across the Board in Thursday Ratings, CNN Tonight Third at 10 PM
TV Ratings

The Five Leads Time Slot Across the Board in Thursday Ratings, CNN Tonight Third at 10 PM 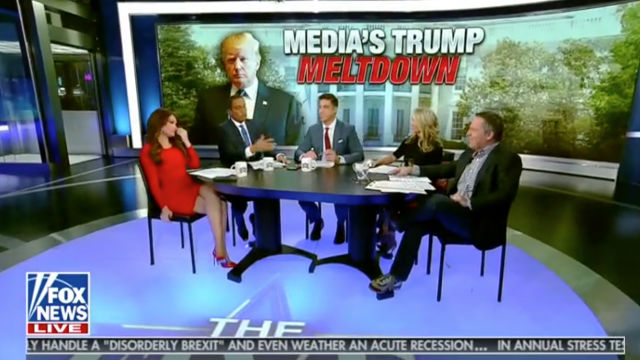 Fox News once again dominated cable news ratings on Thursday, leading across the board in total day and primetime viewership. While the Fox News’ primetime programs topped their respective hours in both total viewers and the key 25-54 demographic, MSNBC posted strong numbers in the 8 PM to 11 PM hours, with all three shows drawing at least 2 million total viewers and placing second in the demo.

Over at 5 PM, Fox News’ The Five was head and shoulders above its competition, topping its time slot in the demo (516,000) and total viewers (2.664 million). The Fox program pulled in more viewers in both metrics at 5 PM than CNN and MSNBC combined.

At 10 PM, both Fox News’ The Ingraham Angle and MSNBC’s The Last Word pulled in more than 600,000 demo viewers and 2.5 million overall viewers. Meanwhile, CNN Tonight was a distant third as it captured 1.063 million total viewers and 390,000 in the demographic.