The Internet Is Decidedly Unhappy with Don Lemon’s Rape Question 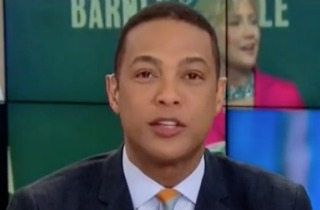 CNN anchor Don Lemon stepped in it again Tuesday night when he asked a Bill Cosby rape accuser why she didn’t forcefully use her teeth while unwillingly performing oral sex on the comedian.

“You — you know, there are ways not to perform oral sex if you didn’t want to do it?” Lemon said to Joan Tarshis. “Meaning the using of the teeth, right?” he continued.

As you might expect, the video has been posted by countless news sites (including our own), and has generated a significant amount of buzz from media personalities and Twitter users alike. The reaction has been, shall we say, almost entirely negative.

Our sister site The Mary Sue tore into the anchor for his words. And below is just a taste of the Twitter anger. First the scorn from other media people:

There are two ways to say Don Lemon's name so it rhymes. Do you prefer Don Le-monn or Den Lemen? I generally use Defective Talking Ken Doll.

Don Lemon missed the obvious follow-up: Why didn't Cosby's accusor try to throw him into a black hole? http://t.co/7PFrSWndCf

CNN, SURELY this is the final straw for Don Lemon?! http://t.co/YqPZ8TlwNb #rapeculture

Unbelievable: @CNN’s @donlemon tells Cosby rape accuser that she could have used other means to avoid assault http://t.co/bEPPoZ93lW

WTF, man. MT @Mediaite: Don Lemon to Cosby Rape Accuser: When You Had Oral Sex, Why Didn't You Use Your Teeth? http://t.co/iDCEGLfgxt

I don't even know what to say about that Don Lemon remark on rape. The exchange is reprehensible, but he identifies as a survivor himself.

There are ways not to ask offensive questions if you didn't want to do it, Don Lemon. Meaning the use of the teeth.

The general manager of a Quad Cities news station:

Can't believe this guy is still employed! Don Lemon to Cosby Accuser: Why Didn't You Use Your Teeth? http://t.co/KcXLPUPiq5 via @mediaite

And lots and lots of regular Twitter folk. Read here if you want to get a sense of the overall reaction.