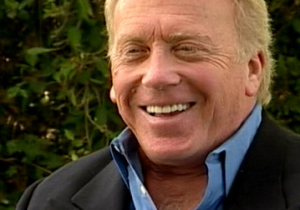 Whenever winter ends, Spring will bring a new nightly show to HLN, hosted by Dr. Drew Pinsky, the celebrity doc who’s known for addiction and rehab shows on VH1 and Loveline, the call-in radio show he’s co-hosted since 1984. So what will the new HLN show look like? The show’s recently-named executive producer, Burt Dubrow tells Mediaite the new show will have a broader focus than the programs Dr. Drew is best known for:

“We are still in the process of developing the show, but I can tell you that our show on HLN will not be based solely on addiction but more on relationships and the human condition,” said Dubrow. “The show will target ‘what people are talking about’ everyday.”

Dubrow’s a longtime TV veteran who’s worked with talk show hosts like Jerry Springer and Sally Jessy Raphael. At the time of his hiring earlier this month, HLN boss Scot Safon said “Burt has a track record of building very successful programming around top talent…in Dr. Drew, he’s getting the chance to break some new ground on the TV landscape.”

When the new show debuts at 9 p.m., it’ll be in a tightly-contested timeslot, fighting for viewers against the likes of sister network CNN’s new star Piers Morgan, MSNBC’s Rachel Maddow, and top-rated Fox News host Sean Hannity. How does Dubrow plan to go up against the big dogs? By mostly ignoring them:

I can’t really worry about the others. Dr. Drew is quite unique with his ability to tap into what people are talking about everyday