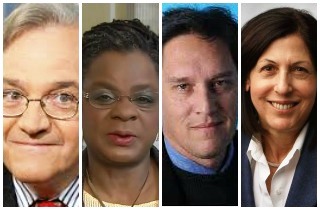 A bombshell Congressional Budget report released this week indicated that the Affordable Care Act will result in the equivalent of 2.5 million workers voluntarily leaving the workforce by 2024, all taking their productivity with them. The report is politically devastating for ACA supporters, and they know it. Their flailing reaction to that report speaks to the adverse impact it could have on Democrats’ political position ahead of the 2014 midterms.

The last 48 hours have produced some of the finest, most rarified examples of spin the political universe has been privy to in some time. It’s been a veritable windfall for consumers of political discourse who enjoy observing painful rhetorical contortions.

The majority of those recklessly twisting this impending economic disaster into a welcome development have generally tried to focus on the expanded “opportunity” that will result from creating publicly-funded incentives for people not to work.

“Many workers, however, will see not having to ‘work for the man’ to get health coverage as liberation,” wrote liberal columnist Froma Harrop, channeling David Crosby.

She went on to label as “anecdotal” the prediction that “some employers may reduce worker’s hours to avoid paying the employer mandate,” a function of the ACA that has not even taken effect yet. In the following paragraph, however, she said the opportunity provided by not working will allow others to “start the business they’ve always dreamed of,” or allow parents to “spend more time with their children.” Some anecdotes appear are more equal than others.

The more thoughtful E.J. Dionne took a stab at spinning the news himself. On Thursday, Dionne offered up his own anecdote, one about a 64-year-old looking to work less to spend more time with the kids. “Many on the right love family values until they are taken seriously enough to involve giving parents/workers more control over their lives,” he wrote. I take back what I said about being thoughtful.

“And it’s sometimes an economic benefit when some share of the labor force reduces hours or stops working altogether,” Dionne added. “At a time of elevated unemployment, others will take their place. The CBO was careful to underscore — the CBO is always careful — that ‘if some people seek to work less, other applicants will be readily available to fill those positions and the overall effect on employment will be muted.’”

At least that’s an argument, one that can be summed up as essentially: Unemployment will remain virtually as high as it is today when the equivalent of 2.5 million productive workers perform a simple cost/benefit analysis and determine it is in their best interest to cut back on their working hours. Even Dionne might concede that it’s an argument of dubious political utility for Democrats.

He’s not alone in making the claim that a vast exodus of able workers from the labor market might be a good thing. In U.S. News & World Reports, Danielle Kurtzleben, bravely wrote what she claims we’re all afraid to say:

What the truth might be, and what few politicians would dare say, is there might simply be some value in lower economic growth.

(Pause to allow for the reader to regain their composure.)

She, too, invoked a “64-year-old” for anecdotal purposes, though this one is a “manufacturing worker” who just might be able to “retire a little early” because of the ACA. This “manufacturing worker” has it better than the employees of IBM or AOL, two large firms which announced this week that they were limiting their contributions to their employees’ 401(k) retirement plans as a direct result of the increased operating costs associated with compliance with the ACA.

After assuring herself that the healthcare reform law will have “zero” impact on productivity over the long run, Kurtzleben asserts that the added happiness and contentment that the ACA will provide the anecdotal figures in her head makes it all worthwhile.

Then you have Rep. Gwen Moore (D-WI), who appeared virtually incoherent Thursday on MSNBC while trying to explain away “pathetic” Republicans accurately quoting the CBO.

After insisting that 10 million have benefited from the ACA — a figure that is impossible to verify and leads one to conclude she simply made it up — Moore went on to paraphrase the New York Times editorial board which called the federally-funded incentives for people not to work and be supported by those who do “liberating.”

“You could say people don’t want a promotion, because if they make more money they’ll have to pay more taxes,” Moore said in false equivalence. This makes sense only to those who do not currently pay income taxes on their wages – which may, in fact, be her intended audience.

A raise, an incentive to work or a reward for hard work, is the precise opposite of a disincentive to work, like being provided taxpayer-funded subsidies which terminate after reaching a certain income threshold. Furthermore, getting a raise that bumps one to a higher income tax bracket does not mean the recipient of that raise will lose money. It means their new earnings and only the new earnings are taxed at a higher rate. This hypothetical person will always make more money after a raise.

“The Republicans are just so determined that they would come up with any stupid economic argument they can,” she concluded with a bit of psychological projection. Watch below:

But the best and most simplistic attempt to spin the CBO report as good news came just minutes after its release on Tuesday morning. Right out of the gate, this one has yet to be beat.

This has been a public service announcement reminding you to take any reports on Congress from HuffPost with a minuscule grain of salt.

This is, in fact, a kind of “freedom” of which the Founders were particularly suspicious. “It is also a truth, that if industry and labour are left to take their own course, they will generally be directed to those objects which are the most productive, and this in a more certain and direct manner than the wisdom of the most enlightened legislature could point out,” said James Madison in a 1789 speech before Congress.

Engineering behavior patterns through economic incentives and disincentives, especially those designed to dissuade labor, would be anathema to Madison and his cohorts.

These and many other attempts at spinning the CBO’s findings are revelatory. The ACA was already the single largest millstone around the neck of Democrats heading into an already difficult six-year midterm. At a time of depressed growth, chronically high unemployment, stagnating wages, and labor participation rate as low as it has been since 1978, CBO report is as deadly as they come for the president’s allies facing reelection. All the spin in the world won’t ease that condition for Democrats, but that does not seem to mean they won’t amusingly keep trying.