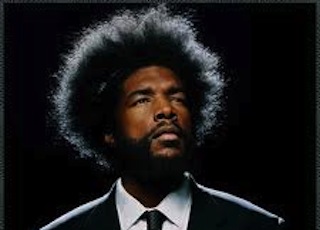 Last week, thanks to The Roots, America paid the most attention to a news story involving a talk show house band since that time a few years ago when The Roots became a talk show house band. In case you’ve forgotten, when Michele Bachmann appeared on Late Night with Jimmy Fallon, the band chose to score her entrance to the song “Lyin’ Ass Bitch,” and, apparently, it wasn’t because Bachmann is a secret Fishbone fan. The world promptly exploded, apologies were issued, and everyone got to remember how much we all used to enjoy mid-80s ska for a few days. Today, music website Pitchfork posted an interview with Questlove, the band’s most vocal member and the one who first alerted people to the musical statement, and he explained that he was “deeply sorry” for the choice.

Pitchfork: Do you regret playing that walk-on music for Michele Bachmann?

?uestlove: It wasn’t like a chess move where you have to think 12 steps ahead; you’re just, like, “Fuck, all right, I’m gonna do it,” in a kamikaze-type way. And I really didn’t think about how it could be perceived as a misogynist swipe– it didn’t hit me until my [Twitter] timeline started showing up that it was seen that way. I was like, “Fuck, I forgot ‘bitch’ is actually in the title.”

It deeply offended a lot of women’s groups and non-Bachmann supporters, and for that I’m deeply sorry. I’m not parading like I’m the poster boy for the feminist movement, but those who truly know me know that that’s not me. I was really just going with her whole revisionist history angle, I wasn’t calling it out on her being a woman.

Pitchfork: What kind of reactions have you received since?

?: I’ve seen some really colorful epithets in the past four days, but “nigger fuckhead ghetto stick” is probably the one that takes the cake. I’m still trying to get my head around that one. Blocking 3,500 tea party extremists [on Twitter] in a three day period is no fun, especially when you’re a drummer dangerously close to carpal tunnel. In the end, was it worth it? Absolutely not.

It’s notable that Questlove specifically said he was sorry to women’s groups but not the candidate herself.

Later in the interview, the drummer explained that he was very worried he and the band would be fired, noting that Bachmann’s camp could have easily gotten advertisers to demand his exit. Fortunately, the campaign instead told NBC “Look, it’s Thanksgiving. Let’s just put all this behind us and call it a day.”

And isn’t that the true meaning of Thanksgiving? Just like the Indians and the pilgrims, the bitches and the ghetto sticks were able to put aside their differences and live in harmony. Beautiful.

Read the rest of the interview here.