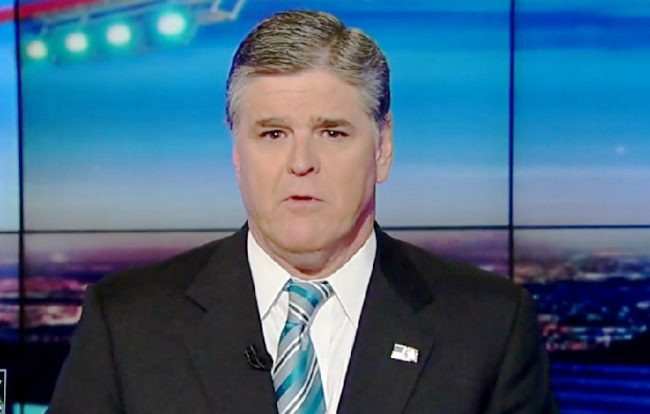 The bombshell report from NPR this morning about a how Fox News came to create a “Fake News!” story about the murder of Seth Rich, based on an insane conspiracy theory, can only be one of two things. It is either so YUGE that it acts as a removed linchpin, revealing just how utterly corrupt President Trump and his “conservative” media sycophants really are, while causing their façade to completely collapse, or it is a manipulated story intended to bilk Fox News out of lots of money.

Let’s stipulate that this story comes about because of a lawsuit which is seeking money against an entity, Fox News, which has been inundated with legal complaints lately where they have been forced to settle out of court for big money. It is also important to point out that the plaintiff, Rod Wheeler, clearly said things about the Rich investigation which he knew to be false (and therefore is not a highly credible person) and that his claims are perfectly designed to take advantage of a narrative which the news media would be obviously very willing to embrace.

I am skeptical of the lawsuit largely because of the claim of racial discrimination. There is no known evidence or logic to back up that assertion (which Fox News has strongly denied) and, if the portion about Fox News using him to create a lie on behalf of Trump was rock solid, there wouldn’t seem to be any need for that allegation to be made. This lawsuit has the feel of throwing a bunch of stuff against the wall and hoping that media pressure will force a settlement for a guy who already has no future at Fox News because of the toxicity of the Seth Rich story.

Now, with that all said, there is a very real chance that all the important parts of this story are indeed true. If that turns out to be the case, it should directly lead to the firing of Sean Hannity, the impeachment of Donald Trump, and the end of Fox News as the king of cable news. For many reasons, mostly because the truth no longer matters very much, none of those things are actually likely to happen.

The essence of the real scandal here (the details of which are unfortunately too involved for most people to really understand) is that the crazy Seth Rich conspiracy was launched on Fox News with direct involvement from Trump for the expressed purpose of muddying the waters on, and distracting from, the Russia investigation.

The first important element of this is the nutty Seth Rich theory itself. I have written in the past about how utterly ridiculous it is on its face and how Sean Hannity should be forever discredited because he went SO far out of his was to push it.

Consistent with the upside-down world of the Trump administration, the absurdity of this theory actually strongly backs the idea that Trump himself was at least partly behind it. Even Hannity had to understand that this conspiracy theory was utter bullcrap. For him to go SO crazy for it tells me that there had to be a VERY good reason. If he knew that Trump wanted this story out there in a big way, based on how Hannity has acted towards him for the past two years, this would instantly explain the seemingly inexplicable.

The second key portion is obviously the involvement of Trump. While the proof that he directly coordinated the creation of this “Fake News!” is currently sparse, there is plenty of reason to at least give this explosive allegation full consideration.

This is a man who we already know infamously created fake PR people (John Barron and John Miller) and called tabloids himself to brag about his sexual exploits. He also led the long-ago-discredited “Barack Obama Birther” conspiracy charge.

Doing something like this is perfectly consistent with both his modes operandi, as well as his reputation as a control freak. It also matches his complete obsession/desperation with regard to the Russia story itself.

I have often said that one of the keys to understanding Trump is that he engages in classic projection. For instance, he is obsessed with “Fake News!” and assumes all the media is guilty of it, because he himself has routinely participated in the creation of “Fake News!” If true, this latest allegation would be the ultimate, and perhaps most damaging example of that sick reality.

There is also circumstantial evidence to bolster the theory behind this lawsuit (one which makes a HELL of a lot more sense than the Seth Rich conspiracy). The timeline is so damning that, considering the dysfunction of this White House, it was almost too perfectly well executed. And, in hindsight, Sean Spicer’s involvement is extremely suspect, as is the reaction of the fundraiser with whom he met (has there ever been a group which took more “meaningless” meetings that ended up creating massive news stories than the Trump team?!).

So, if true, what we have here is Fox News being exposed as truly state-run propaganda, Sean Hannity now either the dumbest person in the history of TV or a co-conspirator in a presidential cover-up, and Trump clearly acting in a way which is not only totally scandalous, but also completely consistent with the worst possible scenario on the Russia story.

It is this last point which is probably the most significant in all of this. If this primary allegation is true, then logically you must then also accept that the following statements are also very likely true: