The Trayvon Martin Story Is Too Perfect 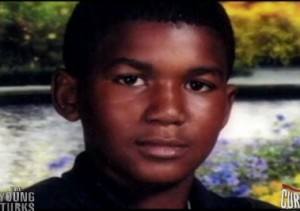 The tragic, unjust, infuriating story of young Trayvon Martin‘s killing has become the dominant domestic news story this week, and to the extent that it increases the possibility of justice for that young man, this is an absolute good. The fact that there is near-universal revulsion at this clear racial injustice is encouraging. At this point, Trayvon’s story leaves me with two related questions: what took so long, and will it have any lasting impact?

It seems like the most natural thing in the world, now, to be outraged by this story. To be outraged by the actions of George Zimmerman, who made a hobby of looking for trouble, and when he didn’t find it, brought some to 17 year-old Trayvon Martin, and who.To be outraged by the conduct of the Sanford Police, who took Zimmerman’s claim of self-defense at face value, without even asking “From what? Hollow-point Skittles? Full Metal Snapple?”

It seems like the most natural thing in the world to feel bitter, heart-wrenching pangs at Trayvon’s screams for help on that 911 call, the icy shock of the silence that followed, and to see your own children in the person of that angel-faced teenager who’s all over the TV now, and for many of us, to feel a sick gratitude that, of the many terrible things we can’t protect our own children from, Trayvon’s fate will never be one of them. My children are safe from the George Zimmermans of the world, from the Sanford Police of the world, because they don’t, and never will, be guilty of Trayvon’s crime: walking while black.

This is the essence of the oft-misunderstood term “white privilege,” which is that even the least fortunate among us take for granted things that black people cannot. These don’t feel like privileges, because they’re really not, they are things that ought not be denied to anyone. It doesn’t feel like a privilege to catch a taxicab, or to walk around a store without being constantly watched and shadowed, or not to fear that any encounter with police could escalate to lethality… or to send your child to the store for a snack, confident he’ll return home without being mistaken for an imaginary criminal.

But Trayvon Martin had to check a lot of boxes to become the worthy focus of national attention. He was killed on February 26, and his story only reached critical mass this week.

The first time I heard about Trayvon’s killing was on The Young Turks, whose first segment on the story was on their March 8 web show, and at that time, Trayvon was still a sweet-faced young man who was gunned down holding nothing but his cellphone, an iced tea, and some Skittles he bought for his little brother, Chad. George Zimmerman was still a free man, despite having killed the young man after confronting him, in defiance of police instruction.

The Sanford Police, though, were refusing to release the 911 tapes, despite pressure from family attorney Benjamin Crump, and other community leaders. It was a compelling story, but not compelling enough to overcome the strong urge to deny the racism in our midst, the one that led many to conclude that Rodney King deserved the beating he got because “you have to watch the whole tape!“, the one that places the rationale “He was probably guilty of something” in the minds of otherwise decent folks. There was still some wiggle room to hold onto, if only the thin excuse that “I guess we’ll never know…”

The following week, Trayvon’s story began to garner more attention, as attorney Crump  and members of Trayvon’s family worked tirelessly to get Trayvon’s story out, to pressure the police department to act. Appearances on Current, CNN, and MSNBC began to bear fruit, and on Friday, the police released the 911 tapes.

Those tapes moved Trayvon’s story into a near open-and-shut space, wherein even if you were in such denial that you weren’t quite convinced that race played a part in Zimmerman’s actions, the nonexistent value that the police placed on Trayvon’s life was undeniable. The tapes also added a gripping element of drama to the coverage that was as stark as it was sickening. His story reached all the way to the White House, where Press Secretary Jay Carney was asked about it twice this week. Trayvon Martin is closer to getting a measure of justice than he was before, and people are learning an uncomfortable truth about being black in America, even in 2012, even with a black president. This will never come close to being a fair trade, but better than the alternative of a tragedy ignored. If you take away one of a number of variables, though, that’s exactly what would have happened. If Trayvon Martin wasn’t a sweet-faced teenager, if he wasn’t just carrying snacks and a cellphone, if there weren’t a slew of 911 recordings to paint a clear picture of what happened to him, what would the result have been?

As soon as I heard those gut-wrenching screams for help, my thoughts turned to my own angel-faced 18 year-old, whom I have literally sent to the store on several occasions to get Skittles for his little brother. It doesn’t take a genius to see the tragic difference in their experiences, and the mixture of gratitude and sorrow it brings is, justly, impossible to shake.

But I also thought of an old friend, an employee of mine when I ran a video store in a predominantly black neighborhood. His name was I.E., and he was not an angel-faced teenager. Dark-skinned and in his early twenties, I.E. was known to sport a giant ‘fro when he wasn’t rocking thick cornrows, and he always had a growth of thick stubble to go along with his default facial expression, the scowl. In short, I.E. was a scary-looking guy, and he wasn’t an angel. He liked to smoke a fair amount of weed, and wasn’t all that fond of the police. But he was also a really funny guy, hard-working, and could be counted on to have your back when you needed him.

If I.E. had met up with George Zimmerman (and Zimmerman somehow managed to avoid having that 9mm shoved up his ass), how different would this story be? What if he was shot dead, and instead of holding Skittles, he was holding a couple of joints? No grieving parents, no angelic file photo, no gut-wrenching cries for help.

Trayvon Martin’s story had to be tragically perfect to reach as many people as it has, and it may be too much even to ask that it ends up making the world a little bit safer for the next Trayvon. Where that leaves the less-than-perfect (in the eyes of non-black society) depends on how deeply we scrutinize the lessons learned here, and how broadly we apply them. The hope that my friend Frances Martel expressed in her eloquent column, “The Killing Of Trayvon Martin Is Not A ‘Black Problem‘,” will remain unfulfilled unless we do so. History is not on our side.