There is a Lot About O.J. Simpson’s ‘Confession’ That Fox Didn’t Tell You Last Night
Opinion

There is a Lot About O.J. Simpson’s ‘Confession’ That Fox Didn’t Tell You Last Night 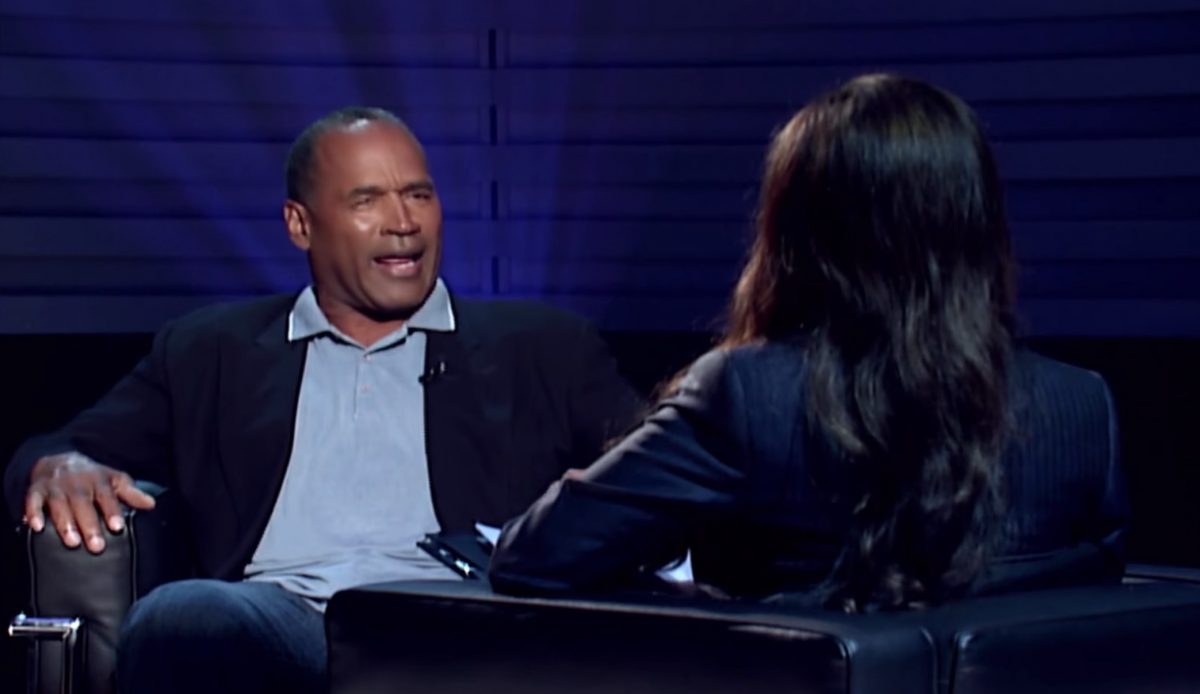 There is a lot that needs to be said about this program, both good and bad. However, I would like to first focus on the context that led to this finally airing twelve years later, because Fox tried their best to completely ignore, to the detriment of those who watched it, how this had really gone down.

Astonishingly, if you knew nothing at all of the real story and just watched what aired last night you would literally have no idea why it took twelve years for the Simpson “confession” (he’s still lying about much of the story) to finally see the light of day. You would also have had very little idea that the reason Simpson did the interview with Regan in the first place was to help promote a book called If I Did It, which they had worked on TOGETHER.

Fox conveniently left their audience in dark here because the truth is extremely messy. I know because I played a very small role in this saga back when it first happened.

Back in 2006, I was a radio talk show host in Los Angeles and was rather close to the family of Ronald Goldman (one of the two people Simpson murdered) because I had dated Ron’s sister Kim. When news broke that Simpson had effectively been paid for a “confession” book and that Fox (owned by the same parent company as Regan’s publishing house) was going to air what was sure to be a softball interview with him to promote the book, I was the first to break the news locally and campaigned passionately on the air against this ever happening. I also was informally advising the Goldmans on how to handle the situation publicly, and would end up playing a small but significant role in why Simpson would get involved in the Las Vegas heist which would lead to him going back to prison.

What really happened here was that the moral backlash against what Regan and Fox were planning to do was so great that the entire project was scrapped and Regan, once a publishing titan, was eventually fired from her job. Due to a bizarre series of legal machinations springing from their massive civil judgment against Simpson, the Goldmans actually ended up owning If I Did It and published it, in another form, themselves.

As fate would have it, in 2009, Regan invited me on her Sirius radio show to discuss my documentary film Media Malpractice, about the 2008 presidential election. Having a very long memory and not being one who forgives easily, I confronted Regan about how I felt what she had done with regard to the Simpson book and interview —paying Simpson in a way which allowed him to avoid the Goldman’s judgment by giving money to his children directly instead of him — was ethically reprehensible.

The resulting audio (the subject comes up at the 8:30 mark) might be the most intense interaction between two people who clearly hate each other that you have probably ever heard without any shouting involved. During the scorching hot discussion, Regan said some very disparaging things about News Corp, which is particularly interesting given that last night the same company put her and her interview on their network for two hours in primetime in a way which made her look FAR better than she deserved.

As for the show itself, host Soledad O’Brien, other than not fully explaining how we got here, did an excellent job breaking down the interview and not letting Simpson off the hook. However, with the exception of former prosecutor Chris Darden — who was outstanding — the panel she used was simply dreadful. Kim Goldman told me that while her family was informed of the production, they were not invited to participate, which I personally suspect was at the behest of Regan, who likely feared being confronted with all the facts surrounding the interview.

The friend of Nicole Brown, Simpson’s ex-wife whom he murdered, was sincere, but added nothing. Using former FBI profiler Jim Clemente, with whom I have dealt extensively, and for whom I have an extremely low regard, was inexplicable, especially given the fact that he is being sued for his disastrously bad JonBenet Ramsey special from 2016.

But it was Regan’s presence which created the most internal conflict for me. On the one hand, she provided plenty of tremendous analysis of the many huge problems with what Simpson had said and some important color for what was supposedly going on behind the scenes of the interview. However, there were also a lot excuses made for why she never confronted Simpson during their discussion — not to mention not having a great handle on the facts of the case — and absolutely no mention of the fact that had this interview aired as planned in 2006, it would have been portrayed VERY differently.

Regan likes to pretend that she was super soft on Simpson because that was the best way to get him to open up. She also claims, oddly without any video evidence, that he threatened to quit the interview on multiple occasions. I am more than willing to grant that she did effectively get a confession out of Simpson, and so therefore how she did it shouldn’t really be criticized very strongly.

However, let’s be real. Regan and Simpson were literally on the same TEAM when this was taped. Had it aired as planned we never would have seen some of the most damaging portions during which it is clear that Simpson, thinking he is speaking to someone on his “team,” is saying things that he does not believe will ever actually be aired. In short, there is no way what aired last night would have run in 2006 before the book deal was blown apart. And Regan is effectively like someone who tried to help in a failed bank robbery and now wants to take credit for turning in her accomplice, while surely getting well paid to do so, twelve years later.

As for Simpson, as shocking as the overt nature of his “confession” may be, it was even more stunning to me what a complete jackass he was about the whole thing. He constantly laughed at extremely inappropriate moments, and at one point actually angrily condemned Nicole and Ron for — get this — killing HIM!

I honestly didn’t think it was possible for me to think even less of a man I once admired as kid, but last night’s show somehow accomplished that. For that, Fox and Regan should be at least somewhat commended.