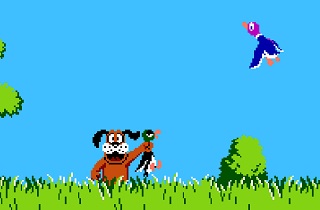 Maybe you’ve heard that Phil Robertson, star of megahit reality juggernaut Duck Dynasty, has been suspended from the show over remarks he made in an interview with GQ magazine. It seems like everyone has an opinion about it, and while most of them get the reasons wrong, the emerging consensus is that the guy shouldn’t be suspended, let alone fired. Whatever happens to Robertson, the media figures who are weighing in on this ought to give some thought to those in their own biz who are far more deserving of firing than Uncle Phil.

The predictable defenses of Robertson as a pretext to attack “political correctness” miss the point that some speech, even legally protected speech, can genuinely be harmful, so while it is possible to be too heavy-handed in responding to it, that doesn’t mean that people shouldn’t take care with what they say. These arguments often attack the “sensitivity” of the groups being targeted, but the harm is in the way such comments reinforce the behavior of those who mistreat them. The potential harm here also isn’t restricted to the groups whom Robertson’s remarks targeted, but to the brand of the A&E network.

CNN’s Don Lemon suggests that the marketplace sort things out, which sounds sensible, but which is too narrow a view. There may not be that many people who will turn off Duck Dynasty because of this incident, but A&E has to decide if they want remarks like this associated with their brand, and the rest of their programming. Additionally, even if no gay or black people watch Duck Dynasty, they still have to interact in the world with people who do, who may be encouraged,by Robertson’s words, to mistreat others.

The commentary that comes close to getting this right is by our own Andrew Kirell, who essentially reasons that “hicks gonna hick,” and by suspending Robertson for being exactly the way the show’s fans would expect him to be, all this accomplishes is the alienation of people from a healthier point of view. While his views on homosexuality are repugnant, there is also scant attention being paid to Robertson’s remarks about race, especially his casual declaration that, when he was a young farm worker, he was “with the blacks, because we’re white trash.”

It’s an instructive quote, because in explicitly equating black people with trash, Robertson’s remark illustrates the inherent racism of the term “white trash,” which sets the default for whites as “not trash,” and implicitly designates black people as de facto “trash.”

Where I might disagree with Andrew is in the suggestion that “we should have a rigorous debate,” in that Andrew doesn’t then suggest that debate take place on the show. In most of these cases of firings and suspensions over speech, an opportunity is missed to present a positive message in the same space. Duck Dynasty should devote time, during the show, for people to challenge Robertson’s views, and hopefully mitigate their harm.

But to whatever degree Robertson’s off-camera comments were harmful, they pale in comparison to those made, routinely, by members of the media who, unlike Robertson, have a duty to inform the public, in the public’s interest. If Uncle Phil is to face firing, it should only be after those who relentlessly misinformed the public about a law with life-and-death consequences are fired. If Phil must go, then a reporter who suggested that a pair of murderers had no choice but to kill a disabled child must surely go first. If Phil Robertson is guilty of harm, then a reporter who falsely claims to have obtained emails that propped up a story with far-reaching political consequences is more guilty, as is a reporter who revives the same story with a single lying source. Before anyone thinks about firing Phil Robertson, they need to pink-slip reporters and news hosts who repeatedly slander disabled people as potential mass murderers.

Aside from Lara Logan (who was suspended, but not fired), not a single one of these people (and there are many more not listed) has faced any consequences for the harm they’ve caused, or in most cases, even bothered to correct themselves. Whatever you think of them, offensive opinions should not be more fatal than tangibly harmful falsehoods, presented as fact.