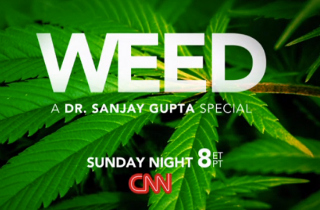 After spending a year researching medical marijuana for his new CNN documentary Weed, Sanjay Gupta has discovered that the American public is being “misled” on the drug’s benefits by self-serving government agencies and a medical profession scared stiff by bureaucracy. It’s high time others came around to his view.

There are plenty of powerful arguments to be made in favor of scaling back the endless war on drugs, especially on medical marijuana — one needn’t look further than the militarization of police forces, the lives ruined by over-incarceration, or the mere fact that human beings deserve freedom of choice.

But perhaps not enough is said about the medical benefits of the drug and the people who suffer from chronic, crippling ailments but are effectively criminals under federal law for using marijuana as the most effective medication.

Gupta’s Weed does exactly that.

The TV neurosurgeon introduces us 5-year-old girl Charlotte Figi who suffered up to 300 horrific grand mal seizures per week, obliterating her ability to walk, talk, and eat. Her body became so fragile, any single seizure could have killed her. 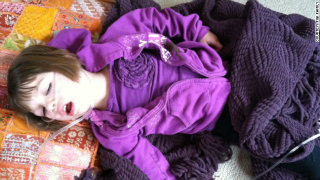 Charlotte’s heartwrenching story is too lengthy to describe here, so you’ll just have to watch this Sunday at 8 p.m. ET on CNN. But suffice it to say, a special strand of medical marijuana saved her life and ended nearly all her seizures. Luckily for her, she lives in Colorado where pot’s legal. But she’s effectively imprisoned because, should her family choose to leave the state with her and her medication, they’d be considered drug traffickers under federal law.

-RELATED: The Weekly Standard Is Absolutely Wrong About Drug Legalization

Gupta’s other story focuses on Chaz Moore, a 19-year-old who suffers from a rare, painful diaphragm disorder. Dramatic video shows his abdomen convulsing for minutes on end, his voice speaking through difficult hiccups. Powerful prescription medications just don’t help. But when he takes a few tokes of marijuana, it all stops. Watch below:

Stories like these convey the reality that the senseless war on drugs touches lives beyond recreational users looking for a good buzz. Millions of other Americans who suffer from similar disorders could be getting help from cannabis at this very moment, if it weren’t for a variety of state/federal laws, bureaucratic obstacles, and prohibitionist legislators.

Scientific research could take cannabis and find new medical uses for it beyond what we’ve already discovered. But instead, the illegality of marijuana makes research funding near-impossible to secure. And government agencies that do obtain the grants have a clear incentive to vilify the drug in order to justify their existence.

Of course, marijuana is not a magic cure-all for everything under the sun — as alt-medicine quacks might believe — but that doesn’t negate the fact that cannabis contains easily-identifiable benefits, plus countless others we’ve yet to explore. That our government still considers marijuana to be a Schedule I narcotic, despite addiction rates lower than alcohol and tobacco, is baffling, enraging, and above all, an impediment to our medical progress.

If most people recoil at the thought of legalizing cannabis, then they should at least consider supporting legal medical marijuana. And yet, the chattering class has its reservations. Bill O’Reilly has repeatedly dismissed medical marijuana as a “sham“; NYC Mayor Michael Bloomberg called it “one of the great hoaxes of all time“; and Ann Coulter called libertarians “pussies” for wanting to legalize marijuana.

-RELATED: Why Won’t President Obama Support Our Right To ‘Choom’ A Doobie Like He Did?

I challenge O’Reilly, et al, to look in the eyes of the families depicted in Weed and tell them medical marijuana is just some Trojan horse concocted by stoner hippies living in their mothers’ basements. This is something that could potentially save lives and improve the livelihood of millions.

In that sense, social conservatives and drug warriors follow the same precautionary principle they (rightfully) mock the Europeans for employing. The mindset holds that if something is potentially dangerous, the burden of proof that it’s not harmful falls on those taking action. As entrepreneurial Americans, we ridicule that mentality because it chokes off the risky-but-voluntary decision-making that leads to innovation and technological progress. But for largely bureaucratic and Puritan reasons, we refuse to allow marijuana the same benefit of the doubt.

New Jersey Governor Chris Christie has a bill sitting on his desk right now that would expand the state’s medical marijuana access for young children like Charlotte. Sadly, he’s expressed his “reluctance” to sign it. Several other states have pending legislation to legalize their own medical programs, but will likely face a tough road ahead.

Hopefully Christie and those states’ legislators see Weed before making their decisions.