This is How to Fix The Next Food Network Star 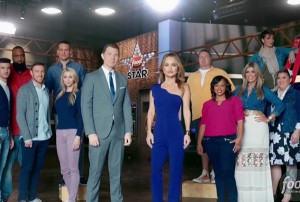 The Next Food Network Star just kicked of its 12th season, and the reality competition show is simultaneously everything that’s right and wrong with the Food Network today. What’s right about it is that TNFNS (pronounced “ti-NIF-niss” in my house) is Food Network’s highest-rated show, and it’s great television if you love to watch TV cringing through your fingers, which I do.

What’s wrong with it is that it never actually lives up to its name. The only “star” this show ever launched was Guy Fieri, who is the answer to the question “What would happen if an Iowa State Fair deep-fryer could make love to a Smash Mouth video?”

Coincidentally, the only shows you will ever see when you flip to Food Network, aside from TNFNS, are ones featuring Guy Fieri. Seriously, between episodes of Guy’s Grocery Games wrapped around Diners, Drive-ins, and Dives marathons, that’s all they ever play. It’s gotten so bad that New York state law requires the channel to refer to itself as “FooDDD Network” on all legal filings. Given Guy’s suspect cooking chops, I suppose it’s a blessing that none of these shows features Fieri doing any actual cooking, but that’s another problem with the channel.

Nobody cooks on it anymore. Somewhere, Food Network executives got the idea that when we’re not being yelled at by a 90s slang-generator in a bowling shirt, we just want to watch people eat, and tell us how good it is. There are no new Food Network Stars because, as their show makes painfully obvious, they have no idea what makes a Food Network star.

That is not to say that TNFNS hasn’t discovered any great food TV talents. Season 7 winner Jeff Mauro is an appealing presence who currently stars in the only Food Network Show I still make a point of watching, The Kitchen, but any and all non-Fieri TNFNS alums are relegated to crummy timeslots or non-HD Cooking Channel. Fixing TNFNS would go a long way toward restoring some luster to a network that used to boast skillful, engaging, and beautifully shot cooking instruction, but now caters exclusively to the infantile needs of “foodies” who think they’re fancy if they call mayonnaise an “aioli” and who like to impress their friends by saying “flavor profile” instead of “flavors,” but who think a Maillard Reaction is what happens when you surprise a duck.

Don’t get me wrong, there are benefits to the ways in which Food Network programming has become more polished and more accessible over the years, but the pendulum has swung too far in the direction of watching people eat instead of cook, and when they do cook, doing it on tiny stoves or in Guy Fieri’s prop grocery store.

Rather than curse the darkness and its subtle umami notes, though, I prefer to light a candle. Here’s how to fix TNFNS, and the Food Network along with it.

One of the unfortunate hallmarks of any TNFNS season is the early elimination of the best cooks, and last season was no different. No disrespect to season 11 winner Eddie Jackson, but by the judges’ own reckoning, he was maybe the sixth or seventh best cook to vie for the top spot last year. That’s because every season, from the jump, contestants are judged equally on presentation skills and cooking chops, instead of placing an early premium on cooking. The logic is that camera presence is difficult to teach, and the cooking will come around. The opposite is true.

The show immediately sets contestants up to fail by throwing them into the presentation pool, which makes for hilariously awkward moments, but kneecaps the unlucky schmucks who get eliminated early. They could give the contestants a little bit of runway by letting them practice up in a TV boot camp for a few days first.

Barring that, they could spend the first five episodes or so culling the people who can’t cook for shit, while still allowing them all to take part in the cringe-inducing demos that make TNFNS so much fun to watch through your fingers. If there were more people who could cook and hold an audience on the Food Network, then there might actually be some cooking shows on it.

In the season 12 premier, the eliminated contestant just happens to have been one of the weakest cooks, but as the season progresses, expect to see folks on the skills bubble get carried along because they keep it together better on camera.

This is just a guess, but I bet contestants would feel less unnerved if they weren’t being judged in front of a giant space-vagina. 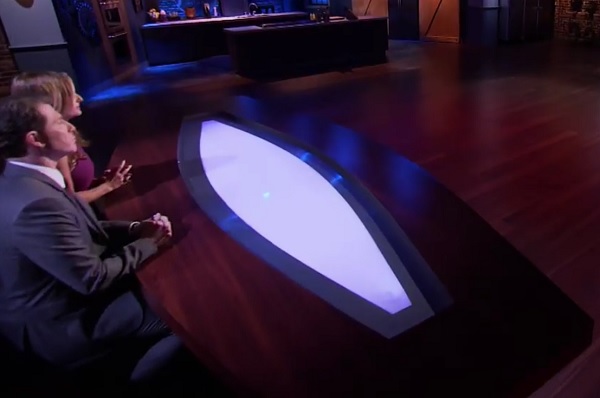 Even on the rare occasion that TNFNS crowns a winner who isn’t Guy Fieri, but who has a culinary POV that’s worth a damn, you can’t find their show to save your life. Sometimes, its because the show never happens, as in the case of Season 10 winner Lenny McNab, who was sunk by his dodgy internet history. But other times, it seems like the network is happy to hide the winner away once they’ve served their true purpose, which is to deliver eyeballs to TNFNS. I really liked Melissa D’Arabian‘s $10 meals show, but hell if I could ever catch it when it was on. Ditto season 11 winner Eddie Jackson’s show, which aired six episodes, probably in the infomercial timeslot.

4. They Don’t Have to be Likable

This is the biggest problem with TNFNS, the notion that the winner has to be “likable.” Case in point: Matthew Grunwald, a talented 22 year-old chef who was eliminated from season 11, essentially for being an arrogant douchebag. Now, tell me if you can spot the arrogant douchebags in this clip:

I’ll give you a hint: it’s not the contestant.

If you think of all the Food Network Stars you’ve actually heard of, most of them don’t fit the affable mold that TNFNS is trying to hammer its “stars” into. My favorite cooking show ever was Good Eats, and while you could call host Alton Brown many things, “likable” is not one of them. His crankiness and arrogance are part of his acquired charm, but I doubt he’d last a week on TNFNS as a contestant. Ditto Bobby Flay, Ann Burrell, most of the judges on Chopped, and most of your Iron Chefs. The reason they can be that way and still connect is because they can cook.

Grunwald got consistently stellar marks for his cooking, and while he frequently took big swings with his presentations and missed, he was nothing if not interesting. Unfortunately, he also blew a chance to re-enter the competition for season 12 via the “Comeback Kitchen” because, once again, his on-camera chops didn’t live up to his cooking skills. But he’s probably a better cook than 70% of the new contestants we’re going to watch flail.

If they want to churn out anything more than genial chatterboxes who can fill guest slots on The Kitchen, TNFNS needs to drastically change its view of likability.

When it comes to ratings success, Food Network isn’t playing with huge numbers. They can afford to take a few risks, show a little patience, and still deliver what amounts to cable news-level viewership. For the love of God, please let Guy Fieri take a breath, and let some people actually cook. These steps are a good start.