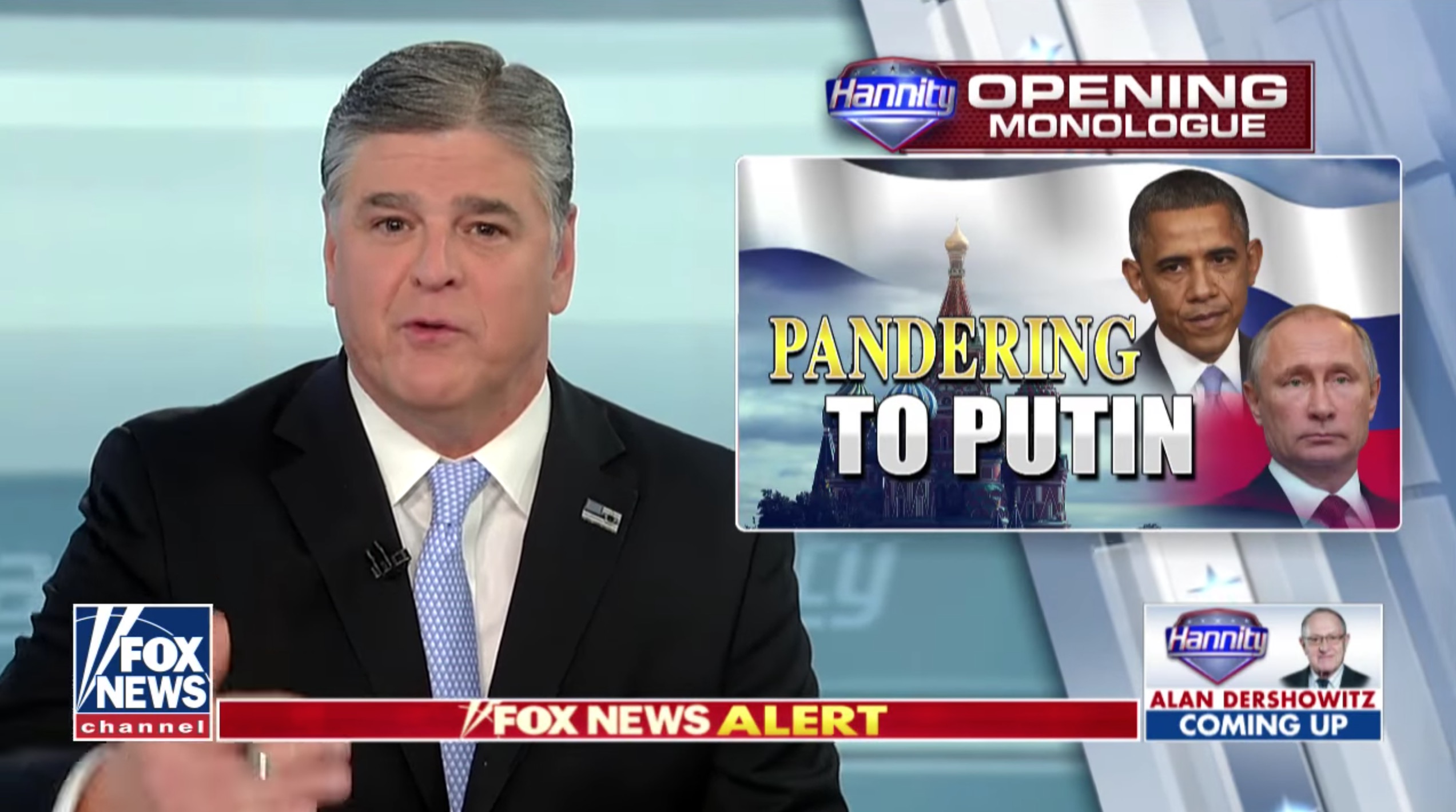 When hypocrites are so hypocritical that they make us immune to their hypocrisy and therefore too desensitized to bother mentioning it, the hypocrites win. Therefore, even when painfully obvious, it must be pointed out.

Such is the case with Fox News Channel which, given the news of this week should be have been enjoying an embarrassment of riches — if only our president was a Democrat. And as much as Fox News still tries to pretend that Hillary Clinton is president, it is pretty clear that she is not. But since President Donald Trump — to whom they are almost completely beholden — is president, this has been an absolutely awful week of news for the leading cable news network, which until recently claimed to be “fair and balanced.”

Think about what fun they could have had with an officially Democratic president who was directly involved in the following stories, all in the same week. Here they are, graded on a scale of 1 to 5 “Sean Hannitys With His Hair on Fire.”

Instead, Fox News has generally been forced to either ignore these juicy tidbits, or come up with bizarre takes in order to rationalize away what their instinctual takes would normally be. Hannity himself has even laughably tried to claim that Robert Mueller himself, despite being a life-long Republican with an esteemed public record and reputation, is actually corrupt. Trump’s favorite show, Fox and Friends, was reduced to pretending that Trump must be playing some mysterious (but surely brilliant!) chess move in congratulating Putin.

All of this has come in the same week where long-time Fox News commentator Ralph Peters resigned (though he should have done it live on air) because he rightly believes that the network has abandoned what it once stood for in order to defend Trump at all costs. Which then allowed their rival CNN to make the all-too-credible claim that Fox News is now really nothing more than a state-run propaganda machine.

The ratings for Fox News are still very solid, but the price they are paying for that success — much like CNN when they spent much of 2014 chasing after a missing Malaysian airliner — is enormous and cannot be recaptured. As little faith as I have in there being any semblance of justice in our broken modern media, I do believe that Fox News will eventually regret having sold its soul here, even if it has gotten a pretty sweet price for something that apparently was never really worth very much to begin with.