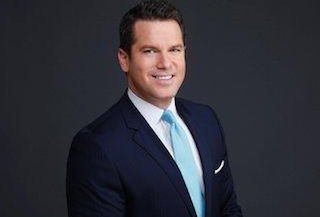 Conservative website The Daily Caller has an “exclusive” report out Thursday claiming that MSNBC has decided to name Thomas Roberts the new host of Way Too Early. A source inside the network told the site the move is part of MSNBC’s effort to make the show more “diverse.”

Roberts, who currently hosts his own eponymous hour-long show weekdays at 11am ET, would replace current host Brian Shactman on the half-hour Way Too Early, which airs at 5:30am every morning before Morning Joe. Shactman has been hosting the show since May when Willie Geist left to join the Today Show on NBC.

The report does not say whether Roberts would give up his 11am show in order to take on Way Too Early. If so, it would be hard for MSNBC to spin the move as a promotion given the fact that it would mean less time on-air at a less-watching hour of the day.

Roberts has gained national attention over the last year for his outspoken opinions on gay rights, both in the United States and Russia, where he recently traveled to host the Miss Universe pageant. “I know the law is very vague and still hard to interpret for many people,” Roberts said publicly from Moscow about Russia’s anti-gay laws. “But it is discrimination and that’s definitive. And I don’t think that the LGBT population in Russia or anywhere should be marginalized to that degree.”

We have reached out to MSNBC for comment and will update this article accordingly.