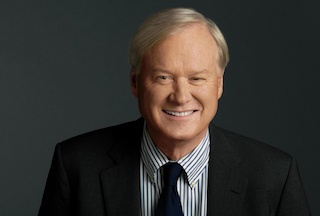 Chris Matthews had the highest-rated show in the 25-54 demo on MSNBC Thursday with 213K viewers. He was followed by The Rachel Maddow Show with 194K Al Sharpton’s PoliticsNation with 178K.

Rachel Maddow was #1 in total viewers on the network with 811K. Matthews was second with 803K and Sharpton was third with 741K.