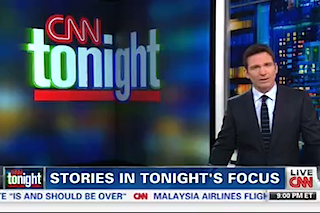 CNN Tonight with host Bill Weir was the highest-rated show in the 25-54 demo across CNN’s prime time lineup Thursday night, coming out ahead of MSNBC’s The Rachel Maddow Show. The 9pm program had 227K in the demo compared to Rachel Maddow’s 191K. Fox’s The Kelly File led the hour with 357K in the demo.

In total viewers, Megyn Kelly also came in first with 1.990M. Maddow was second with 836K and CNN’s Weir was third with 607K.