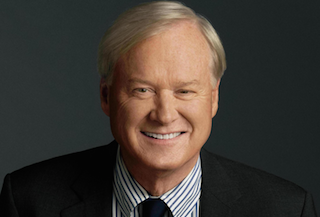 On Thursday night, Hardball with Chris Matthews was the highest rated show in the 25-54 demo across MSNBC’s schedule with 254K viewers. Chris Matthews came within 2K of beating Fox’s On The Record with Greta Van Susteren, which had 256K in the demo.

In total viewers, The Rachel Maddow Show was MSNBC’s highest rated program with 906K. Matthews was second with 786K, followed by The Last Word with Lawrence O’Donnell, which had 769K.