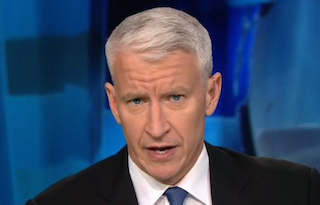 For the second time this week, CNN’s Anderson Cooper 360 was the lowest-rated cable news show in the 25-54 demo with 81K viewers during the 8 p.m. hour. Fox’s The O’Reilly Factor was #1 with 513K, followed by MSNBC’s All In with Chris Hayes with 106K and HLN’s Nancy Grace with 88K.

In total viewers, Anderson Cooper came in third with 355K, behind Bill O’Reilly and Chris Hayes but ahead of Nancy Grace.