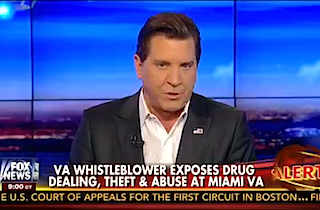 Filling in for Sean Hannity on Fox News last night, Eric Bolling averaged 265K viewers in the 25-54 demo, ahead of Fox’s The O’Reilly Factor, which had 216K. Bolling also won the 10 p.m. time slot, beating MSNBC’s The Last Word with Lawrence O’Donnell (with fill-in host Ari Melber) and CNN’s Blackfish.