Thursday Cable Ratings: Fox’s The Five #1 in Demo for All Cable News 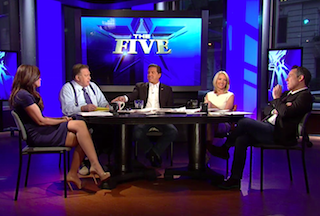 On Thursday evening, Fox News’ The Five was the highest-rated show in the 25-54 demo for all of cable news with 365K viewers. The O’Reilly Factor on Fox was a close second with 359K, followed by On The Record with Greta Van Susteren, which had 304K.