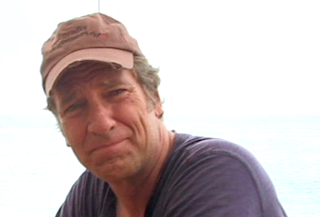 With the premiere of its second season Thursday night, Mike Rowe’s Somebody’s Gotta Do It was the highest-rated show across CNN’s primetime schedule in both the 25-54 demo and total viewers. In the demo, Mike Rowe had 316K viewers, nearly beating Fox News’ The Kelly File, which had 317K. For all of cable news, the CNN show came in third in the demo behind The O’Reilly Factor (with guest host Eric Bolling) and The Kelly File.

In total viewers, Rowe’s show came in third place during it’s 9 p.m. time slot with 651K, but still rated higher than every other show on CNN except Anderson Cooper 360, which had 656K viewers at 8 p.m. However, Somebody’s Gotta Do It did see a 38% drop in the demo and a 31% decrease in total viewers compared to its first season debut.