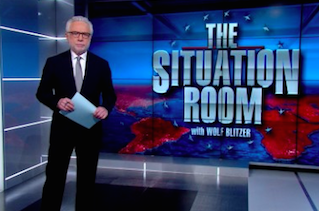 The 6 p.m. ET hour of The Situation Room with Wolf Blitzer led the way on CNN Thursday during ongoing coverage of the mass shooting in Oregon. Wolf Blitzer’s show had 395K viewers in the 25-54 demo and 1.171M total viewers, more than any of the network’s primetime programming.

During the 6 p.m. ET time slot, Blitzer still came in second place to Fox News’ Special Report with Bret Baier, which had 466K viewers in the demo and 2.530M total viewers.