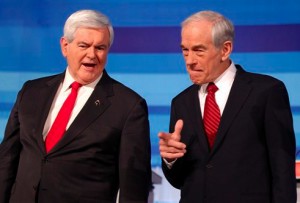 Fox News was almost universally lauded for their production of the Republican debate on Thursday night, and the amount of people who tuned in made it doubly enjoyable for the cable news network: 6.7 million viewers tuned in to watch the debate, with 1.9 million of them coming from the 25-54 year old demo. The only debate this year to beat these numbers was ABC’s last week, which pulled 7.6 million overall and 2.1 million in the demo. Keep in mind that ABC is in about 17 million more homes than Fox News.

As for collateral damage? Prepare to have your innocence shattered. [Lights, please]. The Republican debate averaged more viewers than A Charlie Brown Christmas (6.4 million viewers), which aired from 8 p.m. to 9 p.m. on ABC. Charlie Brown did, however, beat the debate in the demo.

Other nuggets from Thursday night: