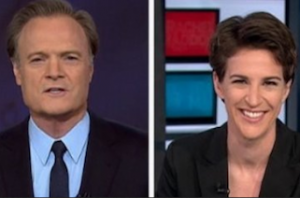 Overall, HLN came in #1 in the 9 and 10pm hours in the demo, while Fox News was #1 in total viewers for those hours.