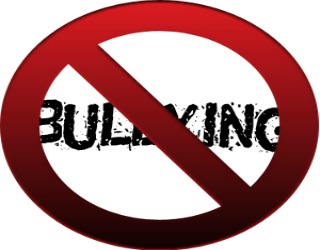 It seems that the anti-bullying campaign that has become a cause célèbre has reached a climax – the campaign is being appropriated by President Barack Obama’s supporters and used as a political weapon against Mitt Romney. Earlier today, an MSNBC panel discussed a Pro-Obama Super PAC ad based on a Washington Post story that was, to say the least, questionable. The thinly veiled implication in the American Bridge Super PAC ad was that Romney is a homophobic bully, who vented his hatred on a gay peer when he forcibly cut his hair. The story, when corroborated, will be damaging for Romney. But running this ad, American Bridge has cheapened the already questionable anti-bullying campaign.

Well-intentioned but sprawling in its scope, the “It Gets Better” campaign and the unrelated but nevertheless similar feature film “Bully” sought to shine a light on the scourge of children teasing and berating each other. The utopian goal was that somehow these celebrity public service ads and feature-length documentaries would make this eternal force of nature disappear. But the anti-bullying campaign is itself truly misguided. The intention is to empower the targets of bullies, but instead it fosters victimization.

The vogue notion that “words hurt,” as opposed to the antiquated idea of letting insults roll off one’s back, is dangerous. It fosters a sense of victimization and makes dramatic over-reaction to bullying like taking one’s life more, not less, likely.

Were the best interests of gay teens at the heart of this issue, they would be taught to laugh off or ignore petty bullying and torment by their impertinent peers. In the most extreme circumstances, they should be taught to defend themselves (verbally, of course).

Gay teens are being taught the illusion that society is responsible for their defense from bullies. And when these teens are failed by this mythical, omnipresent societal guardian, who will explain to them who lied or why?

Obviously, teaching children not to bully is a good thing. Criminalizing the practice of bullying is not.

Proponents of anti-bullying campaigns infer that tormenting gay teens is a precursor to violent actions. It should be clear that violence and assault of any kind are crimes – they have been crimes before the anti-bullying campaign and will be crimes after this fad has receded into memory. To suggest that those who bully are engaging in the early stages of a hate-crime is to criminalize thought, and that is a dangerous road to travel down.

Do they feel compassion for the bullied and abused? Yes, but the world is not made of memory foam. There is no bubble wrap around life’s sharp edges – one cannot be forever shielded from consequence.

Instead of teaching the victims of bullying that their tormenters are small, the bully is elevated – it is their words that could lead to a gay teen’s death. Words do not have the power to kill. Never did. The practice of bullying is horrible and it can weigh so hard on a fragile young soul that the victim takes their own life. That is a tragedy which demands retribution – but it is not assault, nor is it murder or any variation thereof. To confuse those things is to willfully mislead the victims of bullying.

Those who commit crimes are criminals. Those that chose to verbally abuse others are jerks. The urge to conflate the two offenses blurs a necessary distinction between behaviors – that blurring does a disservice to the victim as well as the perpetrator.

While my personal story is immaterial, I — like most of you — was a victim of some rather brutal bullying in middle and elementary school. Also like many of you, as a preteen I flirted with the idea of an extraordinary remedy for this torture. As you are aware, I survived. I credit that period with much of my personal growth. I think it helped me develop a sense of humor (while I’m quite sure much of the audience would argue that point). I believe being bullied developed in me sense of self-reliance, of drive and determination — today, I am determined to leave as large a footprint behind me as possible before my time is up. I doubt if I had a comfortable childhood that I would be as ambitious as I am today. I fear that this character-building adversity is being stolen from the next generation.

Kids are cruel – always have been. To imagine a day when that is not the case is to indulge in an unhealthy fantasy. Young adults must be taught that they will encounter obstacles – they must learn to get around those obstacles. They should not be taught to expect that some authority will, or at least should, rescue them from adversity.

Teaching teens to appeal to authority to remedy that circumstance and relieve them of their tormenters is to teach children a fairytale. It does not end victimization, it breeds victims. The anti-bullying campaign, and its manufactured extension into the presidential race, is a laughably desperate and woefully misguided tactic.

Watch the MSNBC panel call Romney a “bully” below: