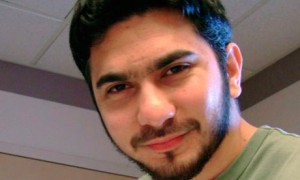 Faisal Shazad, the accused defendant in the Times Square bombing of several weeks ago, plead guilty today for his role in the failed attack. The remarkably quick guilty plea short-circuits a long and drawn out trial, also limits opportunities for cablers to discuss the many political facets of this story.

The defendant, Faisal Shahzad, 30, entered the courtroom just after 4:30 p.m., his hands cuffed behind his back. He sat at a table and drummed his fingers on the surface as his lawyer Philip Weinstein conferred with Judge Miriam Goldman Cederbaum and a prosecutor.

The judge asked Mr. Shahzad, who wore a dark blue short and a white skullcap, to stand.

She told him that the first charge he faced was attempted use of weapon of mass destruction, count one.

“How do you plead to that charge?” the judge asked.

“I do plead guilty to that charge,” Mr. Shahzad said.

The judge then said to Mr. Shahzad, “I gather you want to plead guilty to all of them.”

His guilty plea was consistent with his behavior since his arrest on May 3, when he began cooperating with federal authorities for more than two weeks without counsel and waiving his Miranda rights. The only question would be whether Mr. Shahzad would be seeking some sort of leniency in sentencing in return for his assistance, something his lawyers may be seeking.