Tina Brown: ‘Obama Has The Worst Inbox Of Any President Maybe In History’ 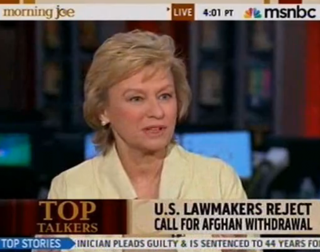 Between the Middle East’s sovereignty as we know it breaking down, myriad natural disasters and a less-than-stellar economy, no one would doubt that being the leader of the free world in 2011 is no easy task. Luckily for President Obama, there is some sympathy for him out in the media world– take, for instance, Newsweek editor Tina Brown, who suggested on Morning Joe this morning that “with the world exploding as it is, I have to say that Obama has the worst inbox of any president maybe in history.”

While few would contest that it currently isn’t a particularly pleasant time to be president, the sweeping generalization that no president has faced more difficult challenges will likely be– and already has been– met with some skepticism, though history will have to judge for sure. In fact, Obama opponents have already seized on the statement as silly (Newsbusters, for one, took a stab at naming a few historical scenarios more precarious than the current one, and even going as far back as the president before Obama, one would be hard-pressed to argue that September 11 was not a more difficult challenge than Libya or Japan). Despite the sympathy, however Brown goes on to say that even she is not quite sure the President is doing a good job, troubles or not. Even in this criticism, however, she will find more support among liberals than conservatives– her gripe with the President is on Afghanistan. She lamented “the length of time it takes to make a decision, and then we’re not even sure it’s the right decision,” specifically citing the lack of an end to that conflict as disappointing, hoping that in the future Afghanistan will receive more attention than it has so far.