Todd: Benghazi Questions Have Been Answered, GOP Just Doesn’t Like The Answers
VIDEO

Todd: Benghazi Questions Have Been Answered, GOP Just Doesn’t Like The Answers 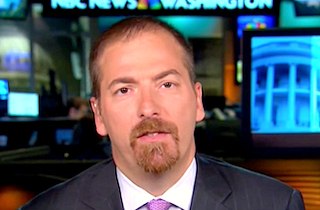 MSNBC anchor Chuck Todd told a Morning Joe panel Tuesday morning that the recently-formed Benghazi select committee was gratuitous, as multiple investigations had already answered the questions Republicans claim to be still outstanding. Todd added that the focus on the post-attack talking points, rather than the general “light footprint” foreign policy, was misplaced for apparently partisan reasons.

“It certainly looks more partisan than it looks like a serious inquiry,” Todd said. “They’ve done a ton of these inquiries already, the House has. There’s been a Senate Intelligence investigation. Forget just the State Department. I think you could argue that yes, Congress should have done what it did, which is go through some of these committees. But as for the need for the select committee — you know, I’ll hear from Republicans that say, ‘But there are unanswered questions!’ Well, no, all the questions have been answered. There’s just some people that don’t like the answers, that wish the answers were somehow more conspiratorial, I guess.”

“Their focus seems to be off,” Todd continued. “Have a conversation about the policy. Have a debate, an investigation into whether the policy is working; to whether the response to the Arab Spring, whether we did the right thing with the light footprint in Libya. But to sit here and investigate talking points seems to be totally missing the larger point here. It’s like investigating who cut down one tree in a forest that’s been burned down.”