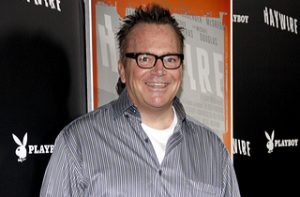 During the last month or two of the presidential election, there was constant speculation and rumor mongering about a video of Donald Trump using various racial slurs, possibly on the set of “The Apprentice.” When it never surfaced, the talk largely died down until a radio interview with former cast member Tom Arnold went viral on Monday, where he said he had a copy since it was the “gag reel” from his season’s Christmas party, but he wouldn’t release it so as not to get any producers in trouble. On Tuesday night, though, he followed up, saying something happened that changed the situation:

Wife told me there's house line VM from Trump Camp about defamation suit so it's on! Open Apprentice vaults 4 discovery! Miss Universe too!!

It appears that Arnold is saying that he would welcome such a lawsuit, as the video would be produced in discovery and have a decent shot at becoming public record. However, according to a source familiar with the matter who would only speak to Mediaite on background, there was no such call made from the Trump camp. Whether or not Arnold got such a call from someone else as a prank, the source couldn’t say. As of this writing, requests for comment made to Arnold’s management team and publicist have not been answered, but we will let you know if/when we hear anything.

In the meantime, as we were making calls, Arnold tweeted this as a response to a follower who asked why the recording is needed to  “prove what we already know” about Trump: