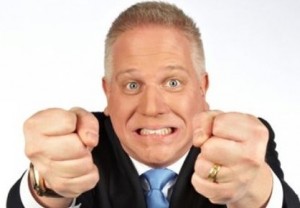 For years there’s been debate over whether or not mocking a politician’s family (particularly their children) is fair game. For the most part, political opponents and comedians have kept their swipes at the Chelsea Clintons and the Bush Twins of the world to a minimum. This morning though, Glenn Beck clearly stepped over the line when he began insulting and denigrating 11-year old Malia Obama.

Media Matters reported that Beck spent more than four minutes making fun of the now-infamous “Did you plug the hole yet, Daddy?” quote from Obama’s press conference. While most of Beck’s jokes were aimed at the president himself, one line in particular moved the sights to the young girl:

Let’s look at the distinction. While the rest of the segment mocked Obama (Who certainly deserved it. Using your kids as a political ploy is trashy when Palin uses it and it’s definitely trashy when the president does) with lines like “Daddy, I know you didn’t plug the hole yet but did John Podesta? ‘Cause he’s the guy with the real power, daddy. Mommy told me,” the education line is making fun of the Obama daughters specifically. Considering how gung ho Beck’s been recently about protecting politician’s home life, you’d think he’d know better.

Besides, the entire segment is about as obnoxious and unfunny as a skit on a rap album.

UPDATE: A few hours later, Beck has responded to the criticism of his joke and apologized.