Top 11 Moments From Trump's State of the Union Speech

Top 11 Weirdest, Wildest and Most Important Moments From Trump’s State of the Union Speech 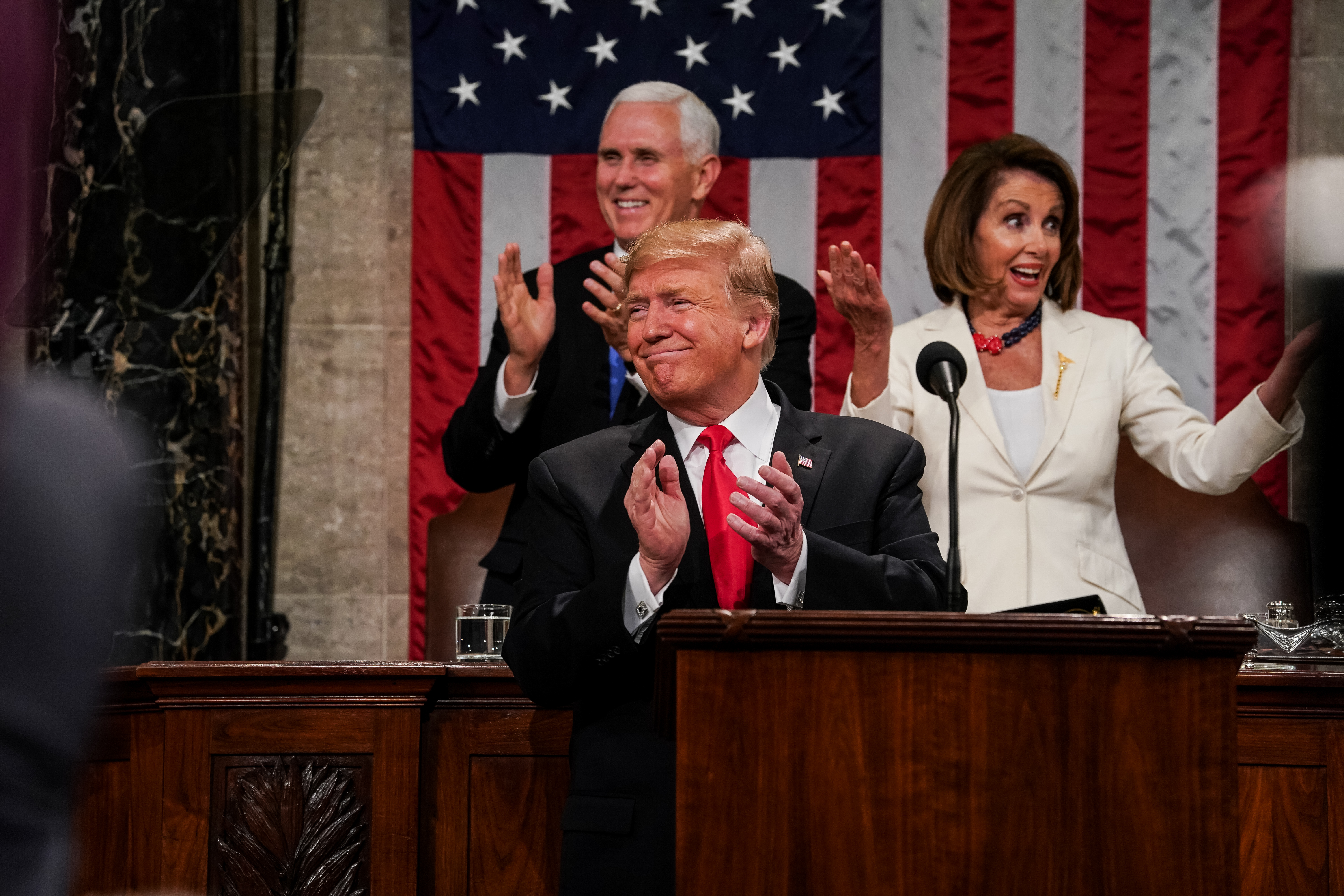 President Donald Trump delivered his second State of the Union speech Tuesday night, and the thing was a rollercoaster ride.

The president emerged with his tie skewed. The first section of his speech could have been written by Nancy Pelosi herself, with calls for bipartisanship and shoutouts to prison reform. Things naturally took a turn to the macabre with an extended section on immigration as the president made the case for his border wall. He declared there would be a war with North Korea if he weren’t president. He brought freshmen Democrats — including Reps. Alexandria Ocasio-Cortez and Rashida Tlaib — to their feet in rapturous applause after lauding the record number of women in Congress. He received a salute from Buzz Aldrin and heralded a series of other honorary guests.

It’s a SOTU that will naturally be well-received by punditry, though Van Jones was a little more measured in his assessment than last year.

Here were the top 11 moments of the speech.

1. Trump kicks things off with a snub of Nancy Pelosi 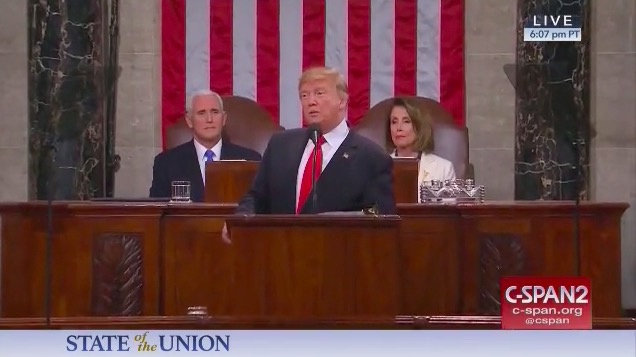 “It appears he blew through that custom,” a Pelosi spokesman griped to the WSJ.

As soon as Trump took the stage, there was one thing anyone on Twitter could talk about: his gigantic red tie, swinging into the side of his blazer like a Latin American president’s sash. It straightened out enough during the speech to calm everyone’s nerves, but not quickly enough to stop an onslaught of Twitter mockery. Read it here.

3. Trump takes a shot at “resistance”

In a well-crafted line designed to swipe at Democrats while pressuring their applause, Trump decried the politics of “resistance.”

“We must reject the politics of revenge, resistance and retribution and embrace the boundless potential of cooperation, compromise, and the common good,” Trump said. “We must choose between greatness or gridlock, results or resistance, vision or vengeance, incredible progress or pointless destruction. Tonight, I ask you to choose greatness.”

That received a very intense round of applause from Pelosi:

Pelosi gives Trump a standing ovation and nod of approval for his call to end “revenge politics.” #SOTU #StateOfTheUnion pic.twitter.com/9X5pDtuhsn

“An economic miracle is taking place in the United States and the only thing that can stop it are foolish wars, politics, or ridiculous partisan investigations,” Trump said, earning applause from Republicans and a hardcore eyeroll from Pelosi.

His next line was more awkward, and met with relative silence: “If there is going to be peace and legislation, there cannot be war and investigation. It just doesn’t work that way.”

5. Democrats erupt in applause, chants of “USA” after Trump lauds record number of women in Congress

Democratic congresswomen, all wearing white in a statement of solidarity with the women of the suffrage movement, mostly refused to applaud Trump throughout his speech. Except for one moment, when Trump touted the record number of women in the current Congress.

“You weren’t supposed to do that,” Trump teased the Democrats after they stood in applause.

“And exactly one century after Congress passed the constitutional amendment giving women the right to vote, we also have more women serving in Congress than at any time before,” he continued, prompting rapturous chants of “USA” from Democrats.

During a brief harangue about socialism, Trump threw down a statement that likely proved uncomfortable for a few Democrats: “Tonight, we renew our resolve that America will never be a socialist country,” he said. Pelosi stood and applauded.

Trump claimed embattled Virginia Governor Ralph Northam said “he would execute a baby after birth.” He did not.

A freudian slip perhaps? Trump’s prompter read the following: “I want people to come into our country, but they have to come in legally.”

In his actual speech, he added a curious improvised line (emphasis mine): “I want people to come into our country, in the largest numbers ever, but they have to come in legally.”

We can’t imagine Stephen Miller was too pleased with that one.

A heartwarming moment: Congress sung happy birthday to Judah Samet, a survivor of the Pittsburgh mass shooting and the Holocaust, who turned 81 on Tuesday.

10. Trump claims that if he weren’t elected president, there would be a “major” war with North Korea

“If I had not been elected President of the United States, we would right now, in my opinion, be in a major war with North Korea,” Trump declared, calmly.

Democrats applauded Trump on some of his remarks from the lengthy address. But for the most part, they sat on their hands, stone-faced, grimacing, eye-rolling, disgruntled.

Ocasio-Cortez got the ball rolling:

The look of horror on @aoc‘s face is her rebuttal to the State of the Union pic.twitter.com/4vrfJGZdPw

And, of course, there was Pelosi’s eyeroll:

No one said American carnage would be pretty!