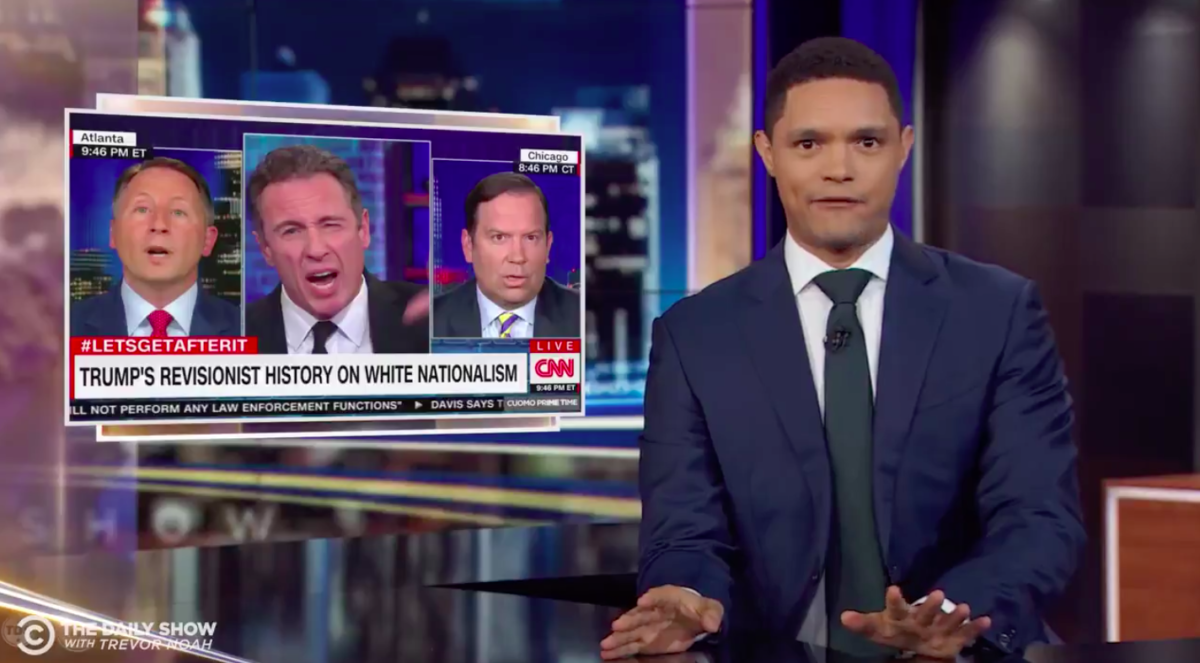 While commenting on CNN anchor Chris Cuomo’s recent viral confrontation with a heckler, Daily Show host Trevor Noah joked about the pundit for suggesting the term “Fredo” is “like the n-word for” Italians.

Cuomo, who is Italian-American, was heckled by a random man who filmed the counter on Sunday; the CNN host responded by threatening to physically attack the obvious troll.

TONIGHT: Is there an N-word equivalent for Italians? Chris Cuomo & @roywoodjr weigh in. pic.twitter.com/SV5RBTFPdK

“You might know [Cuomo] for his breaking news, but if you talk trash to him in the streets, the only thing that might end up breaking is your face,” the Daily Show comedian reacted while airing a clip of the incident.

While mimicking a heavy Italian-American accent, Noah impersonated Cuomo’s threats of violence against the heckler, saying, “What you say? I’ll wreck your shit and throw you down these fucking stairs big man — you wanna talk to me?! You wanna talk to me?!”

He finished the segment by suggesting that “Fredo” is not, in fact, equivalent to the n-word.

“Is calling an Italian person ‘Fredo’ the same as calling a black person the ‘n-word’?” Noah asked correspondent Roy Wood Jr., who had a pretty brief answer.