Trey Gowdy is Back at Fox News After Leaving to Join Trump’s Legal Team, Which He Didn’t Join 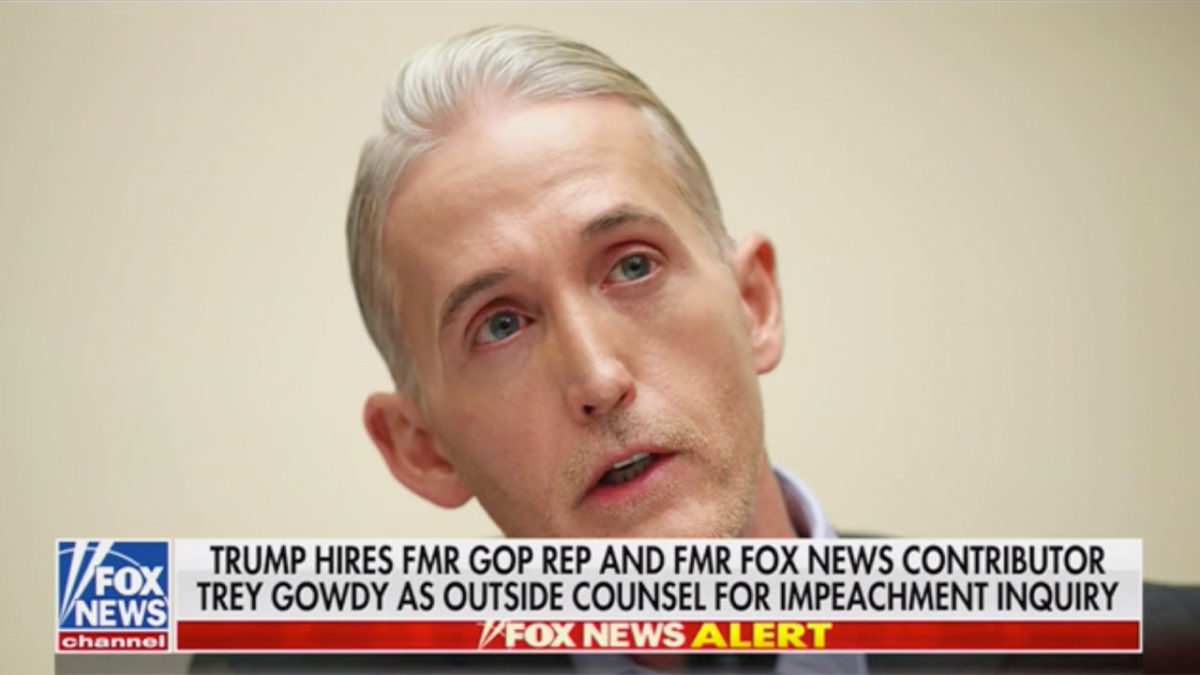 Former GOP Rep. Trey Gowdy is back at Fox News as a contributor following a botched attempt to join President Donald Trump’s legal team resulted in the termination of his contract at Fox.

According to New York Times reporter Annie Karni, Gowdy has been re-hired by Fox following his exit from the network in October to join Trump’s legal team as outside counsel.

A Fox News spokesperson confirmed to Mediaite that Gowdy has indeed been rehired.

Trey Gowdy — who was fired as a Fox News contributor when he was briefly set to join Trump’s legal team — has been rehired by Fox, I am told by a source.

A spokesperson for Fox News said in a previous statement in October to Mediaite that Gowdy had been “terminated” and was no longer a network contributor following his announcement that he would join Trump’s team.

However, Gowdy’s hiring ended up not to be due to federal lobbying rules preventing Gowdy from taking the job until January. The arrangement ultimately fell apart.

Gowdy himself threw cold water on the potential hiring in late October, telling CBS’ Margaret Brennan that “It may be over. My sense is the president needs folks that can represent him now before the House.”