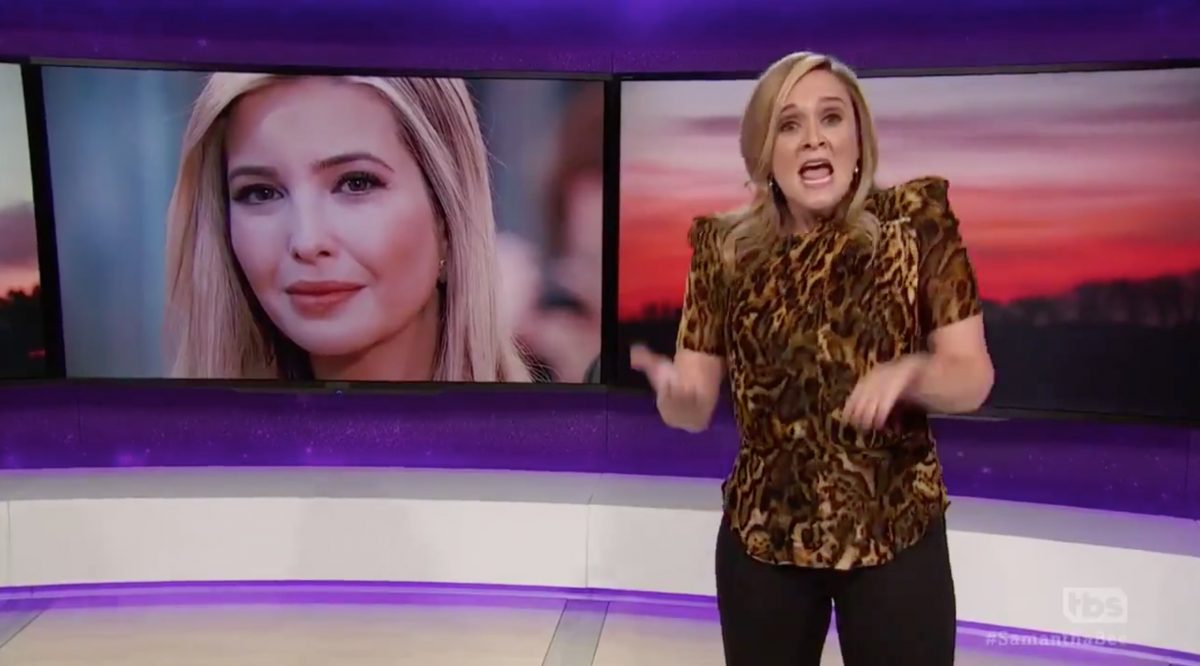 Having closely studied, at the cost of great personal pain, the behavior of President Donald Trump and his “Cut 45” supporters for about the last three years, there has always been one element of their “thinking” which has been most suspect. I am referring to their near universal inability to properly make, or even reasonably comprehend, the concept of legitimate analogies and comparisons.

This glaring blind spot, which I used to think was far more prevalent among liberals, has once again become dramatically apparent during the aftermath of the controversy over Roseanne Barr claiming Valarie Jarrett was the child of an ape.

When Roseanne’s show was cancelled, Trump and his supporters had two basic choices: condemn her and move on, or attempt to defend her by playing the extremely overused “whataboutism” card. They have clearly decided on the latter option, but, not surprisingly, have done so in a manner which exposes why the SATs were so very wrong to eliminate the analogy section from the college entrance exam in 2005.

First, let’s review what happened with Roseanne. She tweeted a statement which appears to be blatantly racist. I am usually very hesitant to conclude real racism based on “ape” or “banana” related comments because it has always struck me that those who presume a connection between being black and being a monkey are actually the real racists. However, she had made a very similar statement about another black female in the past, as well as many other highly questionable acts in this realm, so she doesn’t get any benefit of the doubt.

ABC, owned by Disney, then immediately fired her from her hit show. ABC, among many other things, is a highly-watched over-the-air network which is about to broadcast the NBA Finals. Disney/ABC faced enormous potential losses if there was a boycott launched by blacks/liberals to protest Roseanne still being on the air after making such a public pronouncement (even on Ambien).

In their pathetic attempts to somehow avoid offending Roseanne’s audience while not directly defending her, Trump and his supporters have lamely struggled to find a comparable circumstance so that they could claim Roseanne was a victim of a classic media “double standard!” If they are to be judged based on logic and truth, they have failed miserably.

So far, Keith Olbermann, Jemele Hill, Kathy Griffin, Brian Ross, and Samantha Bee have been directly invoked either by Trump or White House press secretary Sarah Sanders in this transparent attempt to change the subject from the racism of the Trump-supporting Roseanne. While I have a special loathing for Olbermann, Hill, and Bee, none of these situations is even remotely analogous to the Roseanne situation.

As even the normally dense ladies of The View were able to understand, Trump and his supporters are misunderstanding the difference between racism and criticism. Making these comparisons even more bizarre is the fact that at least four of those five have been seriously punished by their media employers for their alleged speech crimes.

Of course, in the narcissistic mind of Trump, there is simply no greater speech crime than to be critical of Donald J. Trump. Let that sink in for a moment. The president of the United States appears to believe that inappropriate or mildly inaccurate statements criticizing him are as equally outrageous as saying something racist.

The only one of these five who has not yet been punished for her anti-Trump comments is comedian Samantha Bee, who just went after Ivanka Trump on her TBS show for failing to influence her father on immigration policy, calling her a “cunt” in the process. Bee has since apologized, along with TBS. Using that vile word was both wrong and dumb, and it may have even exposed a different kind of double standard, but it has very little to do with what happened with Roseanne.

First, calling Ivanka Trump the C-word, despite what even Megyn Kelly has implied, is not the same as was Roseanne did, or even calling a black person the N-word. Bee was using that word, however wrong it may have been, as way to express her disdain over a decision Ivanka has apparently made. Unlike Ivanka’s handling of her father, a black person obviously has no control over their race.

Secondly, there is a significant difference here between ABC and TBS. ABC is a BROADcaster which runs its content on over-the-air TV stations which are regulated by the FCC. TBS is a NARROWcaster which is a cable outlet that is targeting a rather small portion of the population.

From a purely business perspective, TBS is not nearly as vulnerable to a viewer backlash from people upset about her calling Ivanka Trump the C-word, as ABC  would have been with Roseanne, the current face of their network, making an overtly racist statement. Very few people offended by Bee were going to be watching TBS to begin with and no one working there is going to quit over it. Meanwhile, ABC stood to lose tons of viewers as well as content producers if they had supported Roseanne.

Some Trump backers have, rather correctly, pointed out that if a “conservative” comedian had called say Chelsea Clinton the c-word, even on TBS, that they would have almost certainly been fired. I believe this to be true, but that still not analogous with Roseanne because that is obviously not what Roseanne did!

Now, if Trump could only figure out a way to pardon Roseanne for her speech crime, the path would be totally clear for her next big gig to be the keynote speaker at CPAC 2019.