Trump Campaign, RNC Rip CNN for Not Covering Lindsey Graham Opener at Horowitz Hearing: ‘Does It Not Fit Your Narrative?’

Trump Campaign, RNC Rip CNN for Not Covering Lindsey Graham Opener at Horowitz Hearing: ‘Does It Not Fit Your Narrative?’ 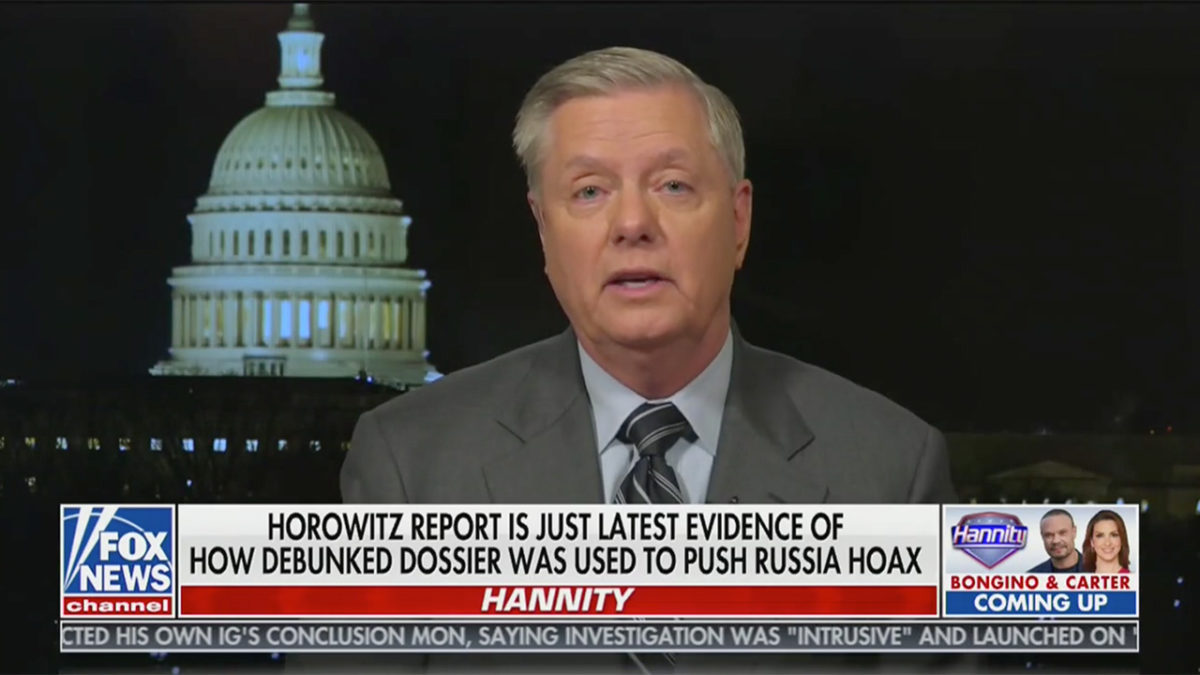 Today is the big Michael Horowitz Senate Judiciary Committee hearing on Capitol Hill. Chairman Lindsey Graham opened with a fiery opening statement going off on the serious errors found in the report.

CNN got some serious criticism on Twitter, particularly from the Trump campaign and the RNC, for not airing Graham’s opener live.

CNN took IG Michael Horowitz’s statement live but did not carry Graham’s opener or the opener from ranking Democrat Dianne Feinstein live. As Graham spoke, a CNN panel discussed the upcoming hearing and played a clip of his remarks.

You can see a sampling of the reactions below:

After giving their air time COMPLETELY over to Jerry Nadler and Adam Schiff for the past few weeks, CNN IS NOT AIRING the start of the Senate Judiciary Committee Hearing on Horowitz’s IG report. #StopTheMadness pic.twitter.com/CxF3X7zkdt

CNN not even pretending anymore https://t.co/Mvo4gUTB3z

CNN is not taking the Senate Horowitz hearing live. Unbelievable. A perfect example of how bias works. It’s not just what they cover. It’s what they don’t cover.

Any reason why you won’t air the hearing on the bombshell IG Report?

Does it not fit your narrative?#FakeNews

CNN aired everything Schiff & Nadler had to say. Why aren’t they showing @LindseyGrahamSC? Is it because the facts of how the FBI mistreated @realDonaldTrump contradict their coverage over the last 3 years? https://t.co/AdVYf8RHzV

CNN and MSNBC refusing to run Senator Lindsey Graham’s opening statement in the Horowitz hearing. The most blatant form of media bias that I have ever seen. RIP, American journalism.

They are too busy looking for me and my staff in VIENNA… @CNN needs to be reigned in by @ATT … Are there any adults left on the board of @ATT ? #goodnightVienna https://t.co/PXXvV6VEBp

It’s impossible for CNN to claim they’re *not* a propaganda network after refusing to air the IG report when they aired every second of Nadler, Schiff, and Pelosi pushing for impeachment.

They don’t want their audience to be informed on what’s actually happening.