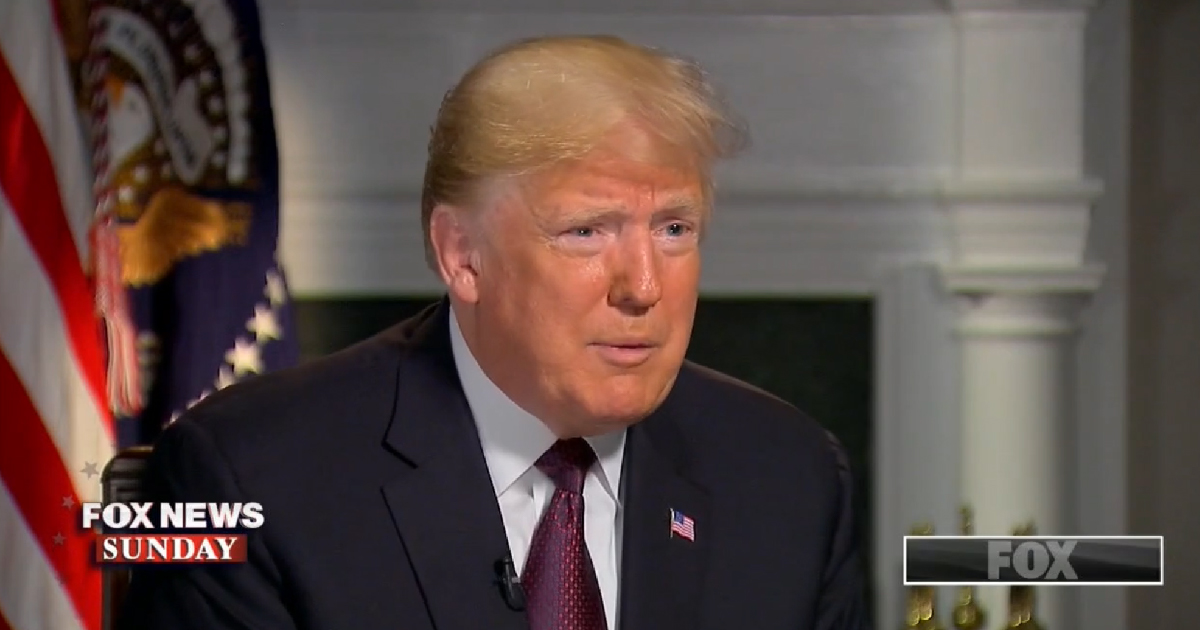 President Donald Trump deleted a tweet on Thursday night that instructed his followers to watch every primetime show on Fox News.

Hours after the release of Special Counsel Robert Mueller‘s report on the investigation into Trump and Russian interference in the 2016 election, the president was naturally on a Twitter victory lap.

Amidst a series of tweets shouting out his favorite network, one particularly egregious one plugged all three of Fox’s primetime hosts: Tucker Carlson, Sean Hannity and Laura Ingraham.

“It was a really great day for America! A special evening tonight on @TuckerCarlson, @seanhannity & @IngrahamAngle,” Trump wrote. “Will be very interesting!”

Inexplicably, the tweet was deleted shortly after it was posted. Here’s a screenshot, courtesy of Contemptor’s Justin Baragona:

Despite deleting that tweet, Trump still tuned into his favorite shows. He tweeted out a series of quotes from Fox News’s evening coverage, including Tucker Carlson, Jesse Watters and Martha MacCallum.

When there is not an underlying crime with regard to Collusion (in fact, the whole thing was a made up fraud), it is difficult to say that someone is obstructing something. There was no underlying crime.” @marthamaccallum @FoxNews

“If dozens of Federal prosecutors spent two years trying to charge you with a crime, and found they couldn’t, it would mean there wasn’t any evidence you did it – and that’s what happened here – that’s what we just learned from the Mueller Report.” @TuckerCarlson

“The Mueller Report is perhaps the single most humiliating thing that has ever happened to the White House Press in the history of this Country. They know they lied…Many reporters lied about Russia Collusion and so much more. Clapper & Brennan, all lies” @TuckerCarlson