Trump: John Oliver Is Lying, He ‘Really Wanted Me Badly’

Anyone who’s been keeping up with John Oliver recently knows these two things: 1) he doesn’t want to care about the 2016 election until it’s actually 2016, and 2) he doesn’t give a crap about Donald Trump. When he was asked if he would have Trump on his show, Oliver said absolutely not.

And aside from a few side jokes, including a short riff on his feud with Megyn Kelly, he hasn’t exactly talked about The Donald on his show.

All of that is why it was so strange when yesterday, Trump claimed that Oliver did invite him on the show. Last Week Tonight fired back by saying they did not. First, this tweet:

A couple of points…
1. Yes, we have a boring show.
2. At no point did we invite Donald Trump to appear on it.
https://t.co/qjpg9FLb0V

And second, the visual gag in the show intro this week was of Trump. Notice the text above him: 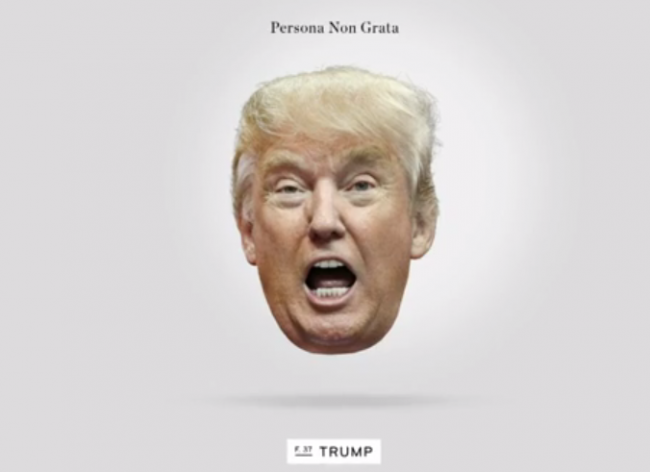 Well, Trump called into Colin Cowherd‘s show The Herd today, and at one point Cowherd asked Trump about this little feud. Trump insisted Oliver’s show asked him “four or five times” to come on.

He said they were “wanting me really badly,” but he turned them down––not out of “disrespect,” Trump clarified, but because he’s so busy.

But he considers it a “lie” that Oliver’s show is claiming they never invited him.