Trump On The GOP Race: ‘The Level Of Hatred… Is Unbelievable’
video

Trump On The GOP Race: ‘The Level Of Hatred… Is Unbelievable’ 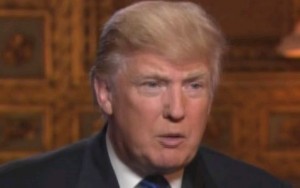 The famously media-shy Donald Trump took time from his busy schedule of not being on TV to sit down for an interview with Face the Nation‘s Bob Schieffer. And in the interview, Trump admitted he is still considering running for president because he is still very discouraged by the Republican field. In fact, when Schieffer asked him whether he would run as a Republican or an independent, Trump chose the latter.

RELATED: Donald Trump To Fox News: I Have My ‘Ducks In A Row’ For Third Party Run

Of course, Trump would very much love to be part of the race now, but alas, a new season of The Apprentice is beginning this spring and someone needs to make sure Arsenio Hall and George Takei don’t spontaneously engage in fisticuffs! But still, as an American citizen, Trump is not happy with the tone the Republican candidates are taking.

However, he did suggest the possibility that by getting all the negative stuff out there now, whoever wins the GOP nomination will be stronger for it because of this contentious battle.

RELATED: Tom Brokaw To Piers Morgan: Trump Got ‘Way Too Much Attention’