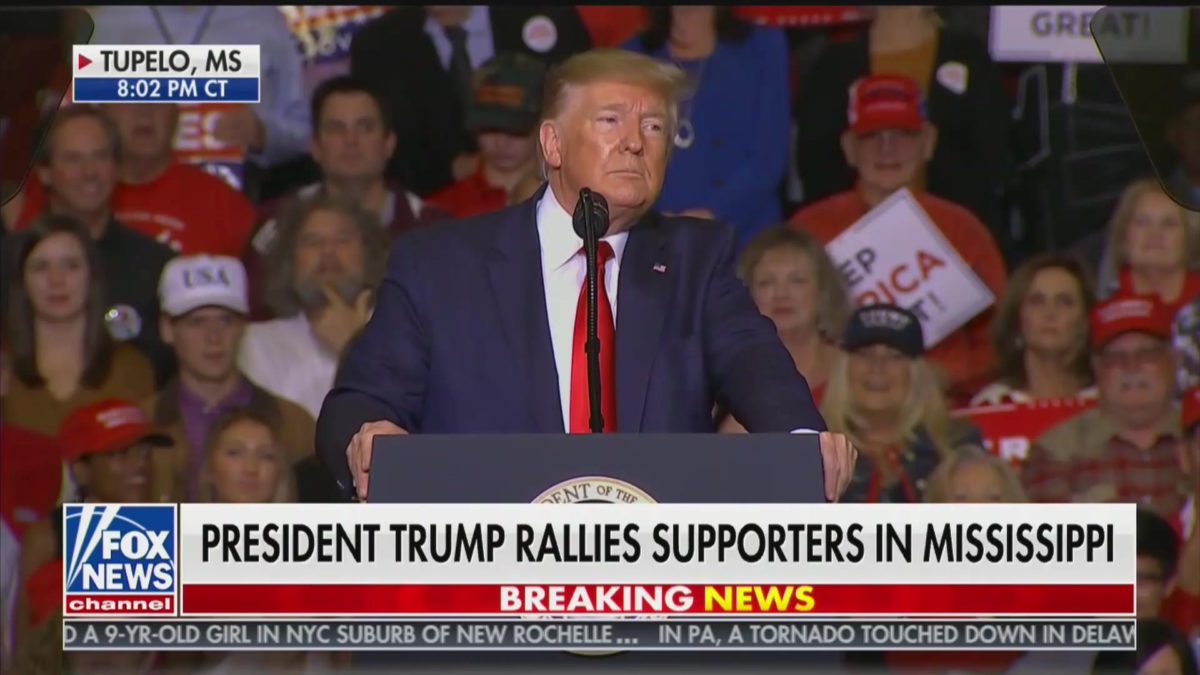 Fox News saw a big audience Friday night, drawing over 500,000 viewers in a key demo for episodes of Hannity and Tucker Carlson Tonight that were entirely pre-empted by President Donald Trump’s rally.

Tucker Carlson was on air for a few minutes before he cut to coverage of Trump’s rally in Mississippi. And Sean Hannity was not even present for his show, which was briefly presented by fill-in host Jason Chaffetz.

During the rally, Trump railed against the impeachment inquiry that was formalized in a vote.

“Yesterday the Democrats voted to potentially nullify the votes of 63 million Americans disgracing themselves and bringing shame upon the House of Representatives,” Trump declared. “They’ve been plotting to overthrow the election since the moment I won, but the people here that are highly sophisticated know long before I won.”

In the world of regular programming, MSNBC continues to have a spirited showing in late night news with The 11th Hour with Brian Williams–though on Friday it came up short to it’s competition with Fox News at Night.