Trump Says ‘Dream’ 2020 Opponent is Joe Biden: ‘Obama Took Him Out of the Garbage Heap’ 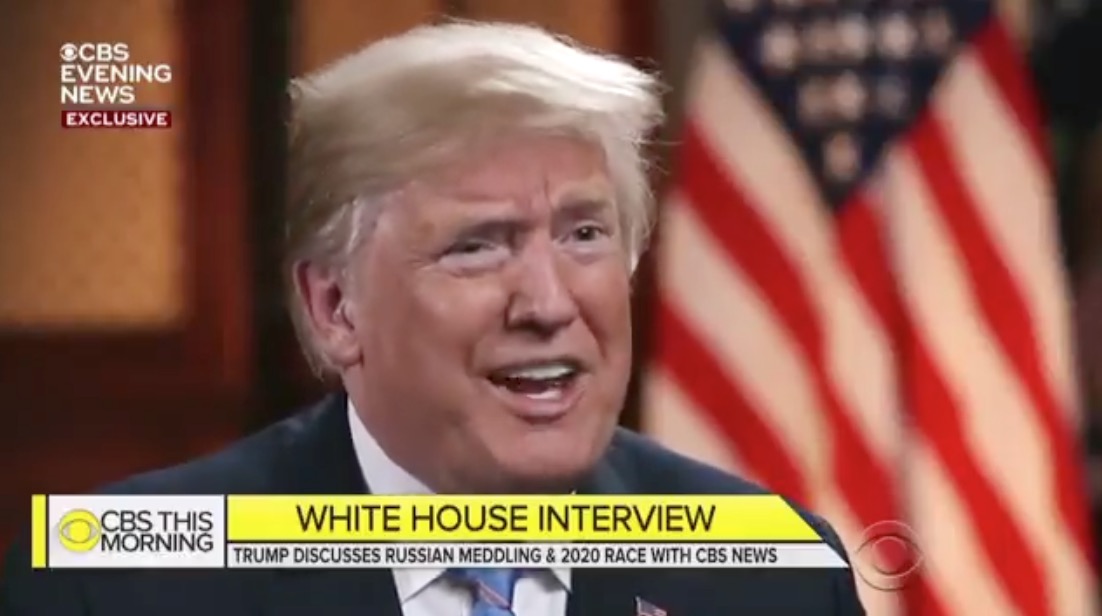 President Donald Trump told CBS News that Joe Biden is his “dream” opponent in the 2020 election.

In his interview with Jeff Glor, the CBS News anchor asked the president who he thinks his opponent will be on the Democratic side — noting Biden, the former vice president, has said he will decide whether he’s running by January.

“I dream about Biden — that’s a dream,” Trump said. “Joe Biden ran three times, he never got more than 1%, and President Obama took him out of the garbage heap, and everybody was shocked that he did.”

“Biden, never by himself, could ever do anything,” Trump continued, arguing Obama “made him vice president.”

Watch below, via CBS.

President Trump on potential 2020 candidate: “I dream about Biden. That’s a dream. Look, Joe Biden ran three times. He never got more than 1 percent and President Obama took him out of the garbage heap” https://t.co/Mp8VNpHqMG pic.twitter.com/AlOljED79k