Trump Blasts Trade Barriers After Macron, Trudeau Team Up on Him: ‘Totally Unfair!’ 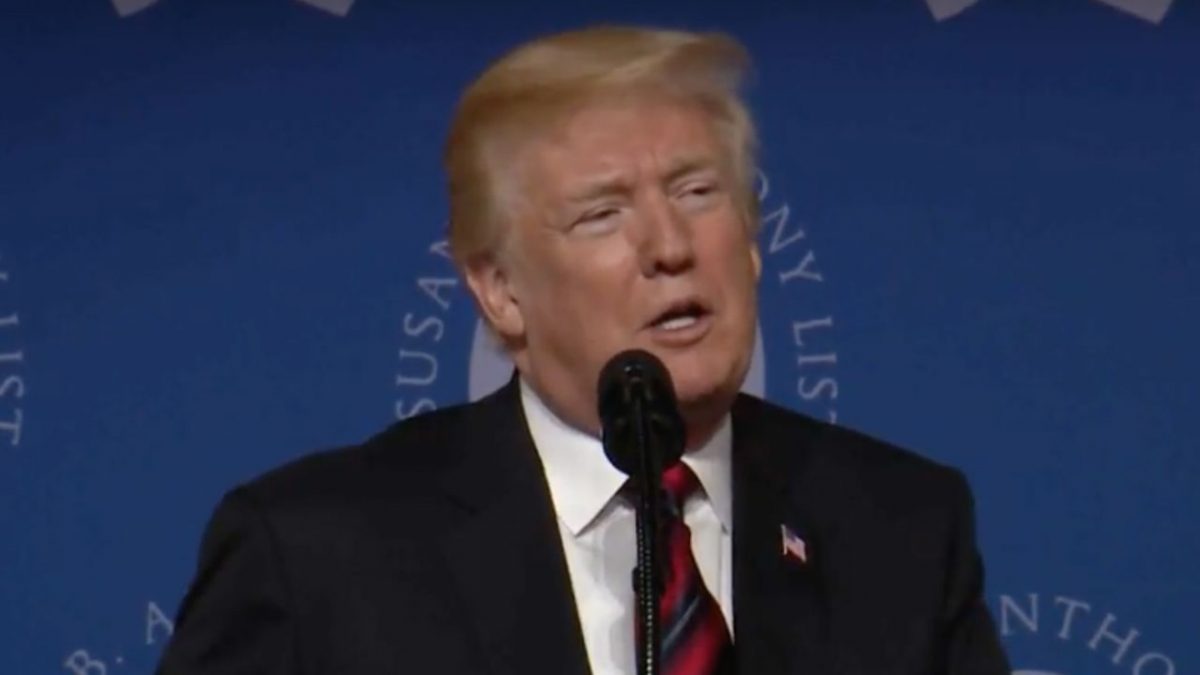 On the eve of the G7 Summit, President Donald Trump is sharing his thoughts about trade on his favorite platform, Twitter.

“Why isn’t the European Union and Canada informing the public that for years they have used massive Trade Tariffs and non-monetary Trade Barriers against the U.S. Totally unfair to our farmers, workers & companies?” Trump wrote on Twitter Thursday night. “Take down your tariffs & barriers or we will more than match you!”

Why isn’t the European Union and Canada informing the public that for years they have used massive Trade Tariffs and non-monetary Trade Barriers against the U.S. Totally unfair to our farmers, workers & companies. Take down your tariffs & barriers or we will more than match you!

It was not his first tweet of the evening.

Earlier on Thursday, he accused Canadian Prime Minister Justin Trudeau of being “indignant.”

Prime Minister Trudeau is being so indignant, bringing up the relationship that the U.S. and Canada had over the many years and all sorts of other things…but he doesn’t bring up the fact that they charge us up to 300% on dairy — hurting our Farmers, killing our Agriculture!

The American President may not mind being isolated, but neither do we mind signing a 6 country agreement if need be. Because these 6 countries represent values, they represent an economic market which has the weight of history behind it and which is now a true international force https://t.co/UA86fcjozs

Please tell Prime Minister Trudeau and President Macron that they are charging the U.S. massive tariffs and create non-monetary barriers. The EU trade surplus with the U.S. is $151 Billion, and Canada keeps our farmers and others out. Look forward to seeing them tomorrow.

Both Trudeau and Macron also teamed up on Trump, saying during a joint presser on Thursday, “This is ridiculous to think they could be a threat to national security. In fact, we are the closest friends the United States has had in quite some time” referring to Trump’s new tariffs.

The G7 Summit is set to start in Canada on Friday.