Trust Me: More Americans “Trust” Fox News Than Any Other Network

Trust Me: More Americans “Trust” Fox News Than Any Other Network 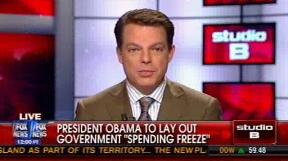 According to conventional wisdom, liberals trust CNN and the broadcast networks more and conservatives trust Fox News more. And the results of the newest Public Policy Polling survey bears those results out.

But even more specifically, more people overall trust FNC than any other network – and the breakdown shows some surprising results.

These numbers suggest quite a shift in what Americans want from their news. A generation ago Walter Cronkite was the most trusted man in the country because of his neutrality. Now people trust Fox the most precisely because of its lack of neutrality. It says a lot about where journalism is headed.

With the specific crosstab breakdown, here are a couple other notable results:

• The most trusted network for the 18-29 demographic is NBC News (likely including MSNBC), with 76% answering in that group answering yes. Coming in 2nd in that category is Fox News. For 30-45, CNN is the most trusted by far, and for 45-65 and 65+, FNC is the runaway winner.

What do these results tell us? Well, this is just one survey – but we’ve seen Fox News win “most trusted” surveys before. The fact is, with Fox News so dominant in their viewership, and a viewership that includes conservatives, moderates and yes, liberals, they are bound to have more individuals who trust them. It’s the reason so many watch. Now what will that mean for the Obama administration distrust? We’ll see better in November 2010 – and November 2012.